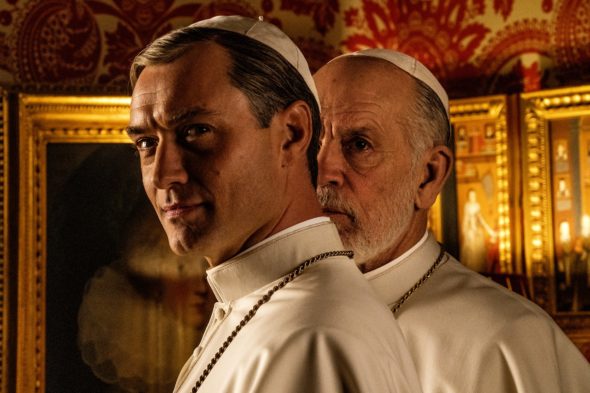 There’s a new pope in town. HBO just released a new teaser for their upcoming TV show, The New Pope.

HBO has not yet announced a premiere date for The New Pope, but you can take a sneak peek below:

The first official teaser trailer from THE NEW POPE was unveiled today. The Sky, HBO and Canal+ limited series will have its world premiere at the Venice Film Festival on September 1. THE NEW POPE is produced by Lorenzo Mieli and Mario Gianani for Wildside, part of the Fremantle family, and co-produced by Haut et Court TV and The Mediapro Studio.

All nine episodes of THE NEW POPE are directed by Academy Award®-winning filmmaker Paolo Sorrentino. The limited series is written by Sorrentino with Umberto Contarello and Stefano Bises, and marks Sorrentino’s second limited series set in the world of the modern papacy.

What do you think? Have you seen The Young Pope? Will you watch The New Pope?

There is much more to see here than expected. And I’m not just referring to the content of the trailer. Pope number two is John Malkovich and he is being joined by some excellent additions; not the least of which are Marilyn Manson, Ulrich Tomsen, J.David Hinze and Yuliya Snigir.

Let’s see what the great Sorrentino has in store for us.

A very unexpected treat and looking towards the new season.