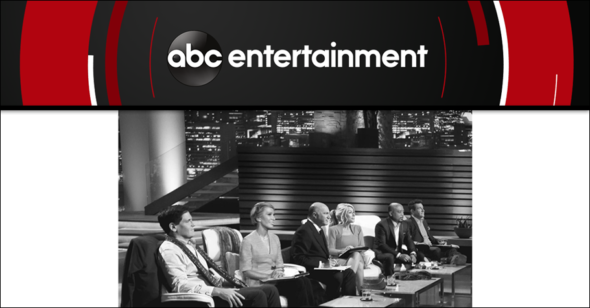 The new guest Sharks are (alphabetically) as follows:

Katrina Lake – Katrina Lake is the founder and CEO of Stitch Fix and the youngest woman ever to take a company public. In under eight years, Stitch Fix has grown from an idea to a company that’s worth $3 billion dollars serving over 3 million clients in the U.S. and U.K. and employing 6,000 people. In 2011, from her apartment in Cambridge, Massachusetts, she founded Stitch Fix with a mission to change the way people find the clothes they love and inspire them to feel like their best selves. Today, Lake’s insight has revolutionized the way more than 3 million women, men and kids get dressed every day using a combination of 1,000+ brands people know and love, as well as exciting new products they can try. Stitch Fix is also styling clients internationally with the opening of its London office earlier this year. Stitch Fix was named as the “Fifth Most Innovative Company in the World” by Fast Company in 2019, and Lake has been named to Fortune’s “40 Under 40” list in 2016, 2017, 2018 and 2019; Vanity Fair’s “New Establishment” list in 2017; and Marie Claire’s “New Guard” list in 2017 and 2018. She was recognized by Parsons New School as one of the most innovative forces in Fashion, Technology, Sustainability and the Arts in 2019, and by BUILD for her entrepreneurial achievements and her personal involvement as a former BUILD Mentor. She holds a bachelor’s degree in economics from Stanford University and a Master of Business Administration from Harvard University. Lake also serves on the board of fellow disruptors, Glossier and Grubhub, and is a mentor to many and a mother to two children. Follow Katrina Lake on Twitter and Instagram.

Daniel Lubetzky – Daniel Lubetzky, author, founder and executive chairman of KIND, is on a mission to make the world a little kinder one snack and act at a time. Maker of delicious and nutritious foods, KIND created a new healthy snacking category with the introduction of its first fruit and nut bars in 2004. Established as a not-only-for-profit, KIND is also committed to using its business as a vehicle for social change. Its KIND Movement inspires everyday acts of kindness, and The KIND Foundation works to create kinder, more empathetic communities. Drawing on his experiences with KIND and more than two decades in the food industry, Lubetzky seeded an independent organization called Feed the Truth in 2017. This nonprofit seeks to improve public health by making truth, transparency and integrity the foremost values in today’s food system. A social entrepreneur working to build bridges between people, Lubetzky is also the founder of several businesses which help to promote entrepreneurship in developing economies. Lubetzky’s commitment to creating economically sustainable and socially impactful business has been lauded by BusinessWeek, Time, Advertising Age and Entrepreneur. In 2015, President Barack Obama and Secretary Penny Pritzker named Lubetzky a Presidential Ambassador for Global Entrepreneurship for his investment in emerging entrepreneurs. In 2018, the Hispanic Heritage Foundation presented Lubetzky with the Hispanic Heritage Award for Entrepreneurship at the John F. Kennedy Center for the Performing Arts. In 2019, he was appointed to the Anti-Defamation League’s Inaugural Board of Directors. Lubetzky is the author of the New York Times bestseller “Do the KIND Thing.” Lubetzky has lived in the United States since emigrating from Mexico at age 16. Today, he lives in Manhattan with his wife and four children, and enjoys spending time with his family and practicing magic. Follow Daniel Lubetzky on Twitter.

Maria Sharapova – Maria Sharapova is a world-class tennis champion, author, entrepreneur and founder of candy line, Sugarpova. Her passion for craftsmanship and detail is reflected in everything she does – both on and off the tennis court. After moving to the United States from Russia at age 6 to pursue her tennis career, Sharapova turned professional at age 14. She won Wimbledon at age 17 – the first of her five career Grand Slam titles – and has been ranked No. 1 in the world by the WTA on five separate occasions. Sharapova was also the seventh female player in the open era to complete the career Grand Slam and the first female athlete to serve as the Olympic flag bearer for the Russian delegation. She chronicles much of her tennis career in her 2017 New York Times bestseller, “Unstoppable: My Life so Far.” Outside of tennis, Sharapova is an active founder, CEO and business investor. In 2012, she founded her premium candy line, Sugarpova, and has artfully designed and scaled all aspects of the company. Sharapova oversees the day-to-day decision-making and growth of the business – from creative branding and packaging to product R&D and retail expansion. She is also passionate about supporting the next generation of entrepreneurs – investing in several companies and participating in mentorship programs for women in business. Most recently, Sharapova mentored seven female business owners working across a wide range of industries through a program with the National Association of Women Business Owners (NAWBO). Sharapova has taken courses at Harvard Business School and is collaborating with architect Dan Meis on a new concept for boutique wellness centers. Sharapova brings a creative and hands-on approach to all of her projects, spanning tennis, business, design and more. Follow Maria Sharapova on Twitter and Instagram.

Anne Wojcicki – Anne Wojcicki is the CEO and co-founder of 23andMe. Wojcicki co-founded 23andMe in 2006 after a decade spent in healthcare investing, focused primarily on biotechnology companies. Her hope was to empower consumers with access to their own genetic information and to create a way to generate more personalized information so that commercial and academic researchers could better understand and develop new drugs and diagnostics. Presently, 23andMe has built one of the world’s largest databases of individual genetic information. Its novel, web-based research approach allows for the rapid recruitment of participants to many genome-wide association studies at once, reducing the time and money needed to make new discoveries, and the company has created a proven and standardized resource for finding new genetic association and confirming genetic loci discovered by others. Under Wojcicki’s leadership, 23andMe has made significant advances in bringing personalized medicine directly to the public. Having graduated from Yale University with a Bachelor of Science in biology, one of her ambitions had always been to get access to and understand her own genetic information. Follow Anne Wojcicki on Twitter.”

What do you think? Are you a fan of Shark Tank? Are you looking forward to the new season?

Our family loves watching Shark Tank; If we miss a show—we record it! Please let us know when ABC renews for Season 12!

I watch sometimes, but not a huge fan , it is boring if a product is good and worthwhile it will be in a store !!! If there is something better on I absolutely don’t watch!

I watch some reality shows, just NOT this boring one. I like ones w/action… I do watch Survivor, The Amazing Race & Alone.

No I do not care for the show I.do not like reality shows