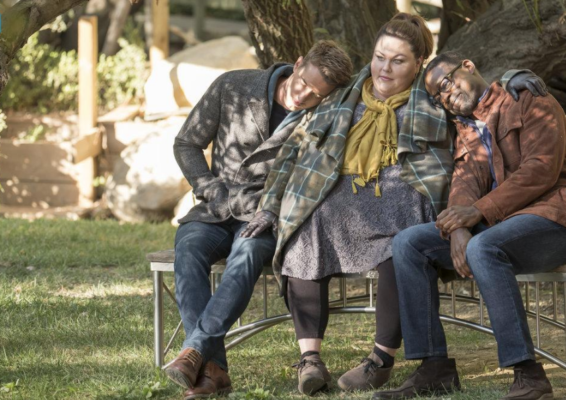 What’s in store for This Is Us? According to the Los Angeles Times, creator Dan Fogelman has part of the NBC series finale already written.

Speaking to the LA Times, Fogelman revealed he has the entire series of This Is Us already mapped out and has written 35 pages of the series finale:

The odds of being able to stay on the air long enough to execute a long-term plan are so slim, it feels like a fool’s errand.”

Fans don’t have to worry about the show ending anytime soon though. NBC has renewed the series through 2022.

What do you think? Do you watch This Is Us? How do you want the series to end?

Leave it on. It’s a great show

It is an amazing show, one that delves into the depth of personal, human relationship.
We can learn so much from the lives of others.
In the far distant future, when this series must end, I would like the house fire to have been a nightmare, so dad is still alive.

Love ❤️ this show from the beginning. Too bad right now I can’t get it on my Direct tv because of Nexstar and DirectTV are still negotiating in PA area but will be able to see it with my daughter on our tablet. We prefer to see it on our regular channel on tv but we can’t. Will just have to strain our eyes and see it on the tablet but would not miss out on it. Great, Great show. As far as the ending, which makes us sad it will eventually end. We hope all the characters have a… Read more »

Try using a simple antenna for local channels which are FREE! Windows or indoor antenna cost anywhere from $15.00-$25.00 USD and work Excellent and well worth the one time fee and if you dish or cable or WiFi is lost you can still watch tv! 🙂

this is us is my favorite show. IT Would be a shame to cancel.we need more shows without the sex and violence.

I absolutely love This is us, ❤️

Although I watch the show the characters are just too whiney for me. Just put on you big girl/boy panties and deal with it already. Anyway I think in the end they should all die in a plane crash. It serves then right for not just being happy with their wonderful lives.

PLEASE don’t cancel this show, I love it. I want it to end happily ever after

Since the Village was cancelled, I’m not interested in anything NBC airs just to be cancelled. This Is Us is too confusing. New Amsterdam is just another doctor show.

This Is Us is one of my current fave shows! I hope it goes on for a long time,the family dynamics feel true to life stuff we can all relate to,very touching and emotional as well. Love the relationship between Jack and Rebecca.Everyone on the show is stellar!

I love this show. Funny it took me a season to figure out that they kept jumping back and forth in time. HA I love it I was in USAF during Vietnam. So this attracts me even closer.

I really hate that this is us will be quitting soon. I really love that show.

Max
Reply to  J b

Michelle
Reply to  J b

Carol
Reply to  J b

NBC has renewed the series through 2022.

Tamara
Reply to  J b

They said they are at least signed on till 2022. Let’s keep positive!!

Good! I find shows are much better when the creators have a plan and ending in mind before they start. I wish more shows would do this. I’ll take a good limited series over a long, rambling series that loses its vision any day.