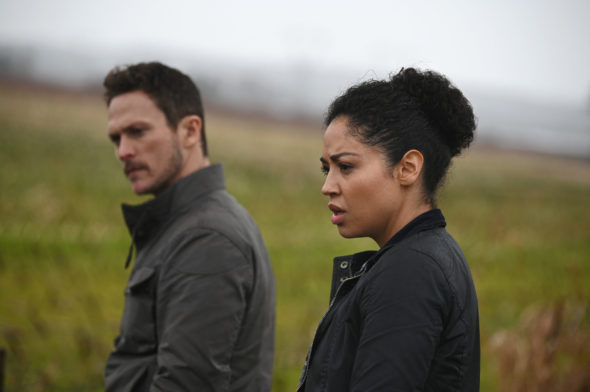 Debris is coming to NBC. The new sci-fi series is from the creator of Almost Human. Jonathan Tucker and Riann Steele will star in the new series from J.H. Wyman.

“Written by Wyman, Debris is said to be in the vein of The X-Files and Men In Black. In it, two agents, played by Steele and Tucker, from two different continents, and two different mindsets, must work together to investigate when wreckage from a destroyed alien spacecraft has mysterious effects on humankind.”

A premiere date for this upcoming series has not set.

What do you think? Do you plan to check out the new Debris series when it debuts on NBC?

Absolutely! I was/am a die hard X-Files fan. I hope Debris lives up to it.

Yes I will definitely check this out.

Of course! . After a summer of zero SF, when in past years we’ve had shows like Under the Dome, Zoo, etc., it’s been a long dry spell and I’m ready for it to end.

yes, will definitely check it out.

Love Sci Fi, so I will check it out.

I will check it out

I will definitely check this out (as a fan of their prior show, the X-Files, etc.

So it this going to be treated the same as Almost Human or will it be given a fair chance to thrive and find an audience?

My thoughts exactly. Tucker and Steele seemed to have given up on something with way more life left in it, so I will approach this one with caution and wait until a season 2 is confirmed before potentially wasting time watching the first.