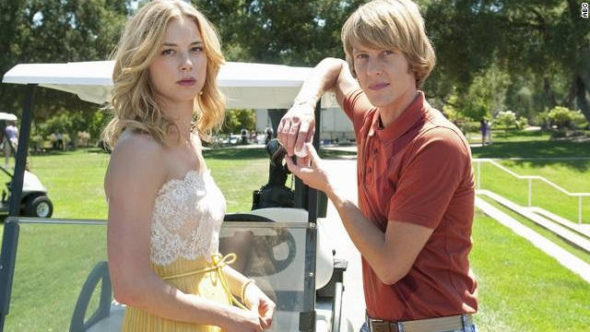 Revivals of Revenge, thirtysomething, and LA Complex are not going to move forward. Plans were announced for a Revenge revival last year. Thirtysomething(else) was also in the works with various casting announcements in recent months.

Both revivals were set to come to ABC. TV Guide revealed the following about the Revenge revival:

“There were also plans to turn the spin-off into an anthology series. Rather than focusing one woman’s prolonged quest for revenge like the original series, this new show would have spent one season on each “revengenda” before moving on to a new story and a new mission each year.”

In regards to thirtysomething(else), Variety revealed that the series would have been “pricier side to produce, which may have contributed to ABC cutting them loose.” The original cast of thirtysomething had been on board to appear in the follow-up series.

As for LA Complex, the plans for a series reboot were first announced in October 2018 by The CW and would have revolved around a new group of twenty-somethings living in the same complex. Word of the new version not moving forward comes from Martin Gero, a co-creator of the original series, in an Instagram comment.

What do you think? Did you plan to watch these new versions of past shows? Are you surprised they were not picked up?

I would have definitely watched Thirtysomething, it was one of all time favorite TV shows.
I’m extremely disappointed that it’s not going to be renewed. With so much garbage on TV these days (mostly stupid reality shows), I believe Thirtysomething would have been very successful.

I had NO plans to see ANY of those reboots because of COVID-19. I was hoping for REMAKES of NAME OF THE GAME and STRANGE REPORT.

The only one I wanted to see was REVENGE. I loved that show & was sad to see it end. But then again, it’s ABC so we should all have known they’d drop the ball again. Of course they’ll certainly put on some other crap that none of us want to watch… They only cancel the good stuff.. But I will say I do like 2 of their shows… yes, only 2!

Oh wait … ABC? Should have seen that coming a mile off. Be grateful they were killed off now because otherwise they would have had one season which was cancelled midway, but still ending on a cliffhanger (as is the ABC way). It’s why I don’t bother with anything new ABC puts out anymore.

Very disappointed. Was really looking forward to watching “thirtysomething.” The original was one of my faves.

I was really looking forward to all three honestly. They were the only 3 I was excited about.