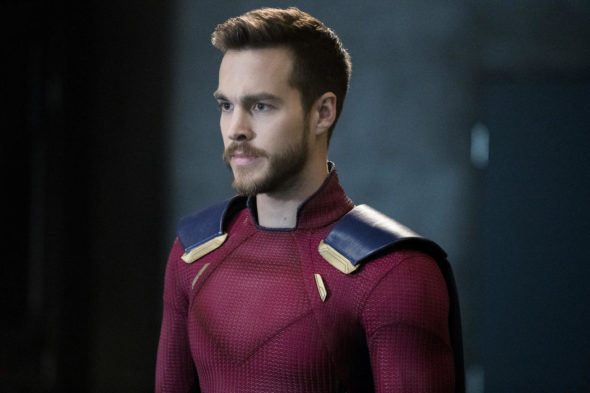 Thirtysomething(else), the sequel to Thirtysomething, has cast its first lead. Chris Wood, from The Vampire Diaries and Supergirl has been cast as the grown-up son of Hope and Michael.

Deadline revealed the following about Wood’s role on the potential ABC series:

“Wood will play Leo Steadman, Hope and Michael’s son and Janey’s brother. Good-looking and charming (not unlike his father), Leo is so intent on becoming a ‘big deal’ like his father that he skips steps along the way. His talent and grand ideas are tripped up by his lack of focus and follow-through.”

Some members from the original thirtysomething will return for the sequel series. Right now, Ken Olin, Mel Harris, Timothy Busfield and Patty Wettig are all reprising their roles. They will be seen in supporting roles.

This series comes from Marshall Herskovitz and Ed Zwick. They were behind the original series as well. The new thirtysomething(else) has not been picked up to series yet, but chances are it will be.

NO, NOT ANOTHER SEQUEL OR WHATEVER THEY’LL CALL IT. BE ORIGINAL.

Definitely, loved Thirtysomething and will love it again.

Yes! Yes! Yes! Please bring this new sequel to the screen! I’m such a huge fan of the original and still watch it on DVD! I’m one of your biggest fans!

We LOVED 30 something and have missed it!!
Thank you for bringing the sequel back.!!!!

Loved the original show. Delighted to see some of the same characters will return if the series is picked up.

I love Thirtysomething! I watched every episode faithfully, since at the time I was a thirty something, married, first child, juggling life, mortgage payments and laughs.
So excited to see a sequel.
Thanks to all that are making this happen.