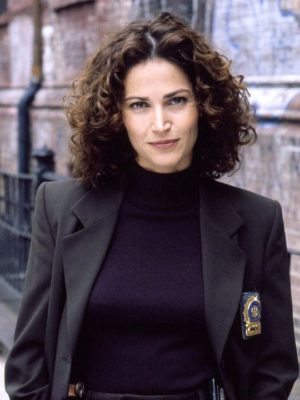 Some familiar faces are returning to ABC. Deadline reports Kim Delaney and Bill Brochtrup will reprise their NYPD Roles for the network’s spin-off pilot.

Delaney played Det. Diane Russell and Brochtrup portrayed PPA John Irvin on the original series, which ran for 12 seasons before ending in 2005. The drama is set in the 15th precinct of the New York Police Department and revolves around cases in Manhattan.

As reported earlier, ABC has ordered an NYPD sequel pilot which focuses on “Theo, the son of Dennis Franz’s Detective Andy Sipowicz character from the original series, who tries to earn his detective shield and work in the 15th squad while investigating his father’s murder.”

What do you think? Are you a fan of NYPD? Would you watch the sequel series?

Of course I would watch a sequel of one of tvs finest dramas ever!

Love NYPD Blue. Got some of the Series. Why can’t u find repeats on any channel on TV? Best TV show in a long time.

Is there a date the 1st new episode is to air?

Cindy:. I live I NY, and NYPD Blue airs for two hours Monday through Friday from 1 am to 3 am on Heroes and Icons channel, H&I. It’s not a premium cable channel or anything, just regular. On Spectrum in NY, it’s 151.

Watched the original series and loved it. Bring it back!!!!!

I would give it a chance. I loved the original show. I loved Kim Delaney but she has had some real problems keeping a job.

I’d give it a shot. Not sure we need to keep resurrecting the oldies all the time but I guess new & inventive ideas are hard to come by.

Brilliant series and these actors great to watch .