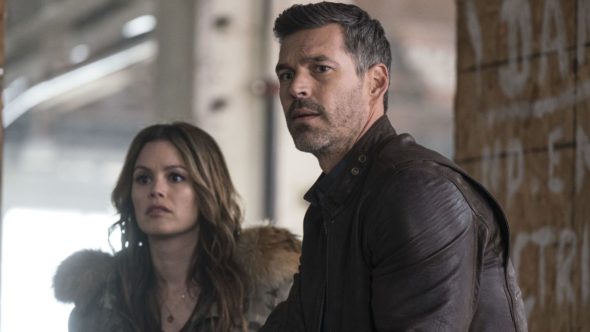 This evening, we say goodbye to Sam and Eddie from the Take Two TV show. While the alphabet network hasn’t cancelled the summer TV show, it does seem highly unlikely that they’ll renew it for a second season. What do you think?

The Take Two series debuted in June and got off to a poor start, attracting a 0.50 rating in the 18-49 demographic with 3.36 million viewers. The ratings dropped lower during the course of the season and perked up occasionally.

To be fair, the series was pre-empted a few times over the course of the season which surely didn’t help things. Take Two also had to sometimes contend with football game pre-emptions and delays in some markets. Those didn’t help the ratings but the show just didn’t attract much of an audience right from the start.

There were some boosts in delayed viewing but, delayed viewing doesn’t typically generate commercial revenue for a network. It seems unlikely that ABC will renew Take Two for a second season but, because it’s a summer show, there’s a chance they may decide to revamp the program a bit and give it another try in 2019.

What do you think? Do you like the Take Two TV show? Would you like to see it be renewed for a second season or, do you think it should be cancelled?

Please renew “Take Two”! Rachel and Eddie are fantastic in this series as is every actor! Casting is incredible and I have loved watching Season 1 on Amazon. You seem to always draw us in to a wonderful series only to jerk the rug out from under us when we become fully vested in the characters and leave us wanting more!! Wake up!! We need more shows like this one!!

This show needs to be renewed. It has the perfect amount of comedy, drama, & sexual tension between various characters to keep me wanting to see more

Please give this show another chance!!!!!!

Yes, the show improved a lot as more episodes aired. I would definitely watch season 2 of Take Two.

I enjoyed this show and I hope it continues.

It was a fun show, with great chemistry between the actors. Definitely renew for the summer!

Yes this show should continue! Put it in a better time slot and don’t pre-emp it and give it a chance. At least it has some humor and stupid fun instead of all the dark police dramas that are on now days. Please bring it back!!

take two is a great show Eddie C. and Rachel B. are so good and have awesome chemistry together it is funny sweet and sexy I love it please bring it back I am fans of both actors and have watched them before I loved Hart of Dixie that Rachel played in as Zoey please renew it

It’s a great show and has possibilities. Of course its not going to do well when you put it on in the Summer everyone is going to be outside. The Summer is for reruns not new shows. This show has a lot to offer if you are just giving us one more season

Take Two is a really fun entertaining show. Love the characters & the stories. Please give fans another season!

Please renew. I really enjoyed the show, love the characters, love the comedy