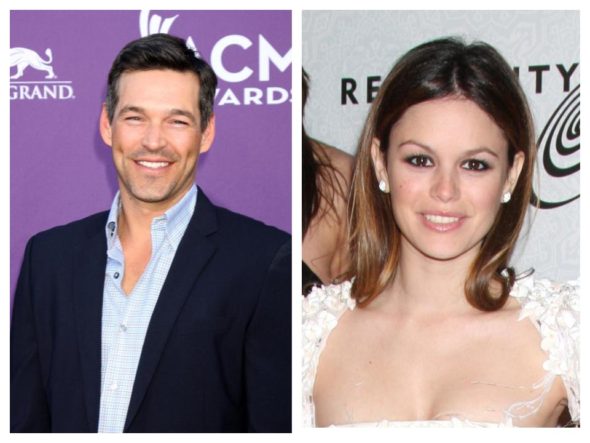 The Alphabet Network is dialing up the heat this summer. ABC has announced the first season debut of its Take Two TV show. This one has been in the offing for a while. The network ordered it straight to series, back in November of 2017. From Castle creators and EPs Terri Edda Miller and Andrew W. Marlowe, Take Two season one will premiere on Thursday, June 21, 2018 at 10:00pm ET/PT.

An ABC crime procedural, Take Two stars Rachel Bilson as Sam Swift and Eddie Cibrian as Eddie Valetik. Once upon a time, Sam was the star of a hit TV show, until her big breakdown went public and she retreated to rehab. Meanwhile, Eddie is a private investigator, who is using his skills (begrudgingly) to help her find something very important — a comeback role. Xavier de Guzman, Aliyah O’Brien, and Alice Lee also star.

From Terri Edda Miller and Andrew W. Marlowe, the creators and executive producers of ABC’s highly popular series “Castle,” comes this upbeat detective series that follows Sam Swift (Rachel Bilson), the former star of a hit cop series whose epic breakdown is broadcast to the public and sends her to rehab. Desperate to restart her career, she talks her way into shadowing lone-wolf private investigator Eddie Valetik (Eddie Cibrian) as research for a potential comeback role. Though Eddie resents the babysitting gig, high-spirited Sam uses the skills she learned as an actor playing a cop and proves herself to be surprisingly valuable.

What do you think? How do you like the sound of the Take Two TV series? Do you plan to check it out, when it premieres this summer on ABC?

Why can’t you Lea

This show is a wonderful addition to ABC’s summer lineup. Please keep it on the air. The show has great characters, great acting, great plot development – a real “keeper”.