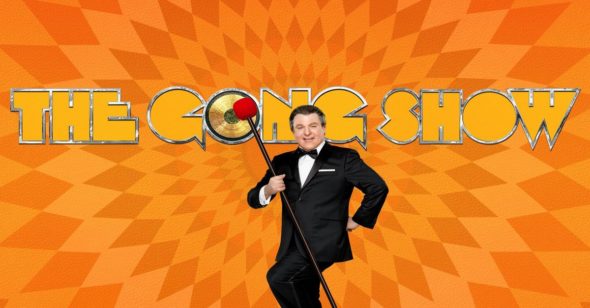 ABC is switching things up. Today, the network announced they are changing the timeslots for Take Two and The Gong Show.

Based on the 1970s game show, The Gong Show is hosted by Tommy Maitland (Mike Myers) and features performers with unique talents who face off in hopes of impressing a rotating panel of three celebrity judges. Meanwhile, Take Two stars Rachel Bilson and Eddie Cibrian as an actress and private investigator who team up to solve crimes.

You can read more about the schedule change below:

AFTER NARROWLY ESCAPING MULTIPLE ATTEMPTS ON HIS LIFE, A TERRIFIED MAN HIRES EDDIE AND SAM TO STOP THE HITMAN THAT HE HIMSELF HIRED, ON ABC’S ‘TAKE TWO’

“Death Becomes Him” – A terminally ill man hires Eddie and Sam to protect him from the very hitman he hired to make his death look like an accident. When he discovers he was misdiagnosed and is going to live, he fears for his life. Together, Eddie and Sam must keep him safe and in hiding long enough to find and stop his hired killer but soon learn that the hitman isn’t the only one after him, on “Take Two,” THURSDAY, JULY 19 (8:00-9:00 p.m. EDT), on The ABC Television Network, streaming and on demand.

“Death Becomes Him” was written by Dan Fesman and directed by Holly Dale.

Tonight’s acts include flexible contortionists, dancing unicorns, pogo stick tricks and a tap dancer with beer cans on his feet.

At the end of the show, the winning act with the highest judges’ scores will receive a fabulous “The Gong Show” trophy and a check for $2,000 and 18 cents.

What do you think? Do you watch The Gong Show and/or Take Two?

Please ABC DO NOT cancel Take TWO. Just Watched Take Two for the first time…loved it. Was it advertised? Why didn’t I know about this show before?

I love Take Two. I miss Castle! ABC cancelled a lot of good shows this year, including but not limited to Deception and Kevin Probably Saves the World.

Acts need to be the main focus not to judges.

We love Take Two and Gong Show, please keep them.

Love Take Two. Hope they renew it. Like Gong show.