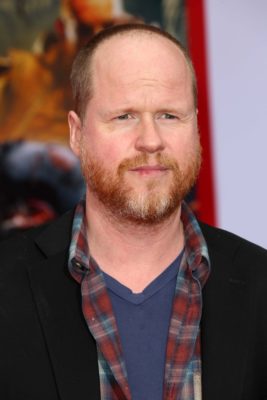 Joss Whedon is coming to HBO. This week, the network announced the network has ordered a new TV show from the  Marvel’s Agent of Shield creator called The Nevers.

The series “is an epic science fiction drama about a gang of Victorian women who find themselves with unusual abilities, relentless enemies, and a mission that might change the world.”

Whedon will write, direct, and executive produce The Nevers for HBO. A premiere date has not yet been announced.

I honestly couldn’t be more excited. THE NEVERS is maybe the most ambitious narrative I’ve created, and I can’t imagine a better home for it than HBO. Not only are they the masters of cinematic long-form, but their instant understanding of my odd, intimate epic was as emotional as it was incisive. It’s been too long since I created an entirely new fictional world, and the HBO team offer not just scope and experience, not just ‘prestige,’ but a passionate collaboration. I could go on, but — I’m impatiently grateful to say — I have work to do.”

What do you think? Are you a fan of Joss Whedon’s work? Will you check out The Nevers?