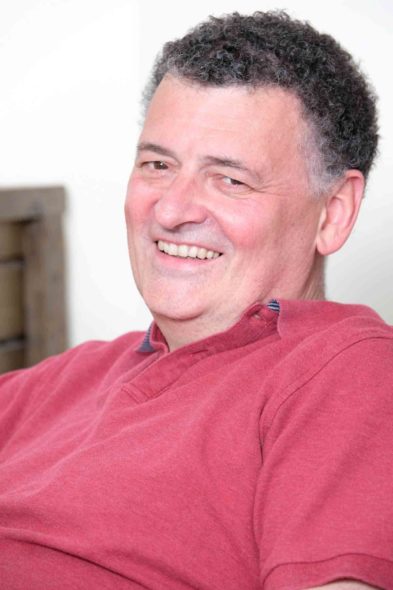 In these wibbly wobbly times, this is a particularly timey wimey kind of day. First, NBC ordered a two-part TV series finale movie for twice-cancelled Timeless. Now, HBO has ordered a The Time Traveler’s Wife TV show. Creator Steven Moffat, who wrote and executive produced another time travel tale — Doctor Who — for years, is executive producing with his wife and Sherlock colleague, Sue Vertue, as well as Brian Minchin, the latest Doctor Who showrunner.

Based on the Audrey Niffenegger novel, The Time Traveler’s Wife centers on Clare and Henry, a couple whose love is complicated by — you guessed it — time travel. The new HBO TV series hails from Hartswood Films in association with Warner Bros. Television.

Learn more from this HBO press release on the The Time Traveler’s Wife series order.

An intricate and magical love story, adapted by Steven Moffat from the much loved novel by Audrey Niffenegger. The Time Traveler’s Wife tells the story of Clare and Henry, and a marriage with a problem… time travel.

“I read Audrey Niffenegger’s The Time Traveler’s Wife many years ago, and I fell in love with it. In fact, I wrote a Doctor Who episode called The Girl In The Fireplace as a direct response to it. When, in her next novel, Audrey had a character watching that very episode, I realised she was probably on to me. All these years later, the chance to adapt the novel itself, is a dream come true. The brave new world of long form television is now ready for this kind of depth and complexity. It’s a story of happy ever after — but not necessarily in that order.”

“We are thrilled to be partnering with Steven Moffat, Hartswood and WBTV on The Time Traveler’s Wife. Steven’s passion is evident in every project he’s written and we are certain that his love and respect for this mesmerizing and textured novel will make it a quintessential HBO series”.

“HBO is the perfect home to tell this incredible story with all the scale and space it needs, and we’re delighted to be working with Warner Bros to bring Steven’s thrilling vision of the novel to life.”

What do you think? Have you read the novel? Who would you cast in HBO’s The Time Traveler’s Wife TV series? Let us know, below.

Steven Moffat would be one to make it work on television.

This was a stupendous book to read- could not put it down when I read it, literally. The film dramatisation was badly miscast and it suffered so much because of it so it needs to be right. This book has so many avenues to explore. I am off to read it again!

Abigail Spencer and Matt Lanter in the lead rolls.