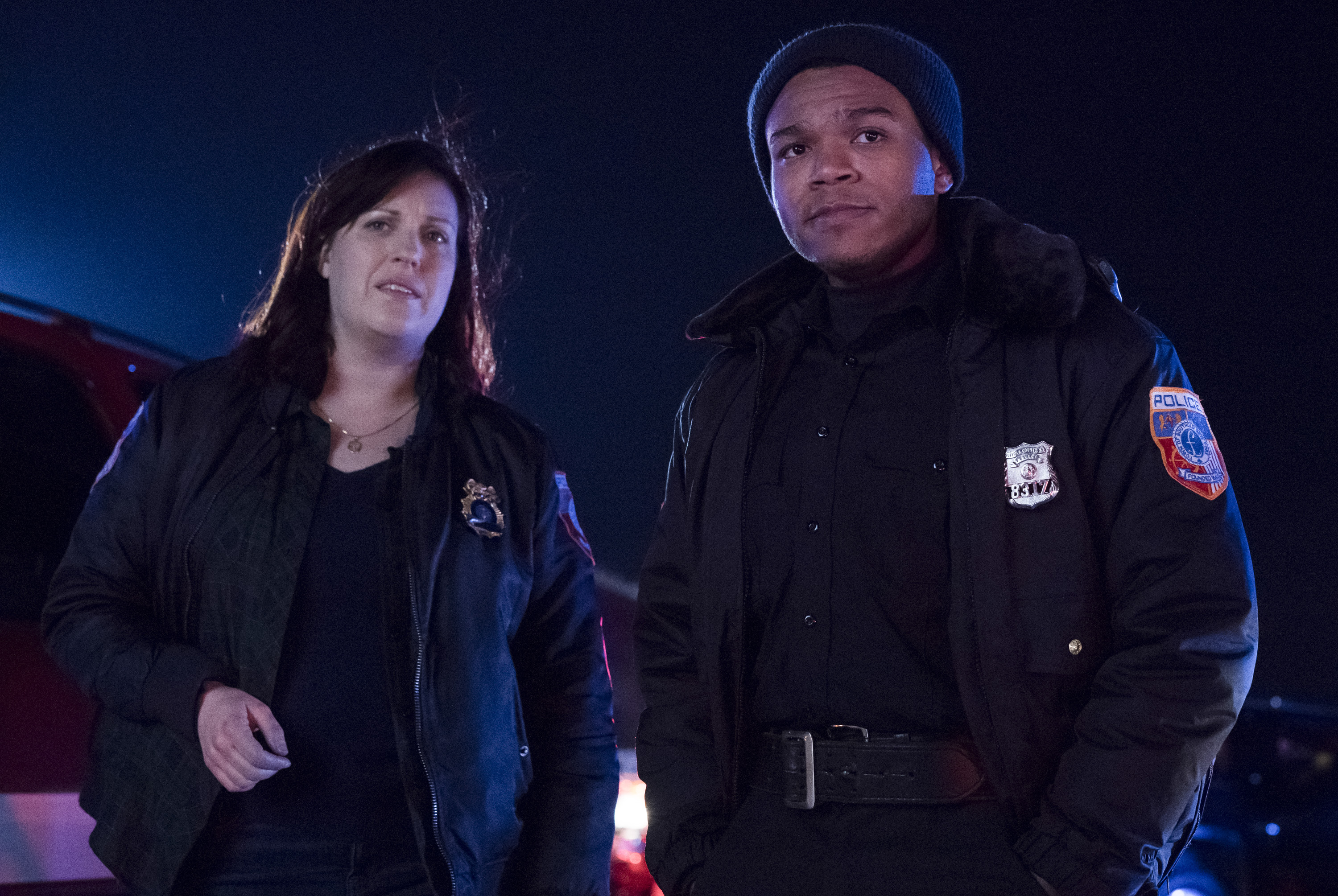 Is this mystery’s resolution worth the wait? Has the Emergence TV show been cancelled or renewed for a second season on ABC? The television vulture is watching all the latest cancellation and renewal news, so this page is the place to track the status of Emergence, season two. Bookmark it, or subscribe for the latest updates. Remember, the television vulture is watching your shows. Are you?

Airing on the ABC television network,Emergence stars Allison Tolman, Alexa Swinton, Owain Yeoman, Ashley Aufderheide, Robert Bailey Jr., Zabryna Guevara, Donald Faison, and Clancy Brown. It takes place in Peconic Bay on Long Island, New York. In the series, Jo Evans (Tolman) is a newly divorced police chief and the mother of a teenage daughter named Mia (Aufderheide). Jo ends up taking in a young child named Piper (Swinton) who is found at the site of a mysterious accident and she has no memory of what happened. Jo’s investigation into the child’s mystery draws her into a conspiracy that is larger than she could have imagined. A series of bizarre electronic disruptions, unexplained forces, and a strange cryptic symbol are also all tied to the young girl. Other characters include: Jo’s father, Ed (Brown), who’s also battling cancer; Jo’s concerned ex-husband and Bree’s father, Alex Evans (Faison); investigator Benny Gallagher (Yeoman); Chris Minetto (Bailey Jr.), a police officer; and Jo’s best friend, Abby Frasier (Guevara), a pediatrician.

The first season of Emergence averages a 0.49 rating in the 18-49 demographic and 2.71 million viewers. Find out how Emergence stacks up against other ABC TV shows.

Will ABC cancel or renew Emergence for season two? The ratings have been dropping and weren’t all that great to start. The show does better in delayed viewing but I have doubts that that will be enough to save Emergence from being cancelled. I’ll update this page with breaking developments. Subscribe for free alerts on Emergence cancellation or renewal news.

What do you think? Were you hoping that the Emergence TV show would be renewed for a second season? Are you sorry that ABC cancelled this TV series, instead?

I really liked emergence. It was different from all the other shows on. It kept you on your toes. I was really looking forward to seeing what was gonna happen next. I’m so over these stupid reality TV shows. I wish they would bring it back.

I loved Emergence. It was different , well acted and intriguing . Surely we needed a breath of fresh air like this? There are so many samey programmes on TV and this was refreshing. ABC you need to broaden your mindset.

This show was the likeable offspring of an X-men spinoff and a Hallmark Xmas movie.

Soemetimes it’s nice to not have end of the world terror, constant violence and relentless personal dysfunction in a sci-fi/fantasy themed movie. Sad, but no shocker, that it failed in our hyper drama fueled social media world.

Seems to me all the best shows are being cancelled! So frustrating! I really enjoyed this one..

I liked Emergence. I am sorry it was cancelled. The cast was excellent.

Why is it all good shows are canceled and dumb ones are still on. I loved this show a show that family could watch HAD NO CURSING IN IT.
Very irritating . Bring it back please

Why did they cancel? Too clean? I liked it

ABC you really need to figure out a way to bring back the TV show Emergence for a second season.. it was a very good show and I was looking forward to a second season!

It’s messed up that we can’t see more Seasons of Emergence.

Yes I am sad The show was not renewed. It really was an awesome show. I’m very disappointed