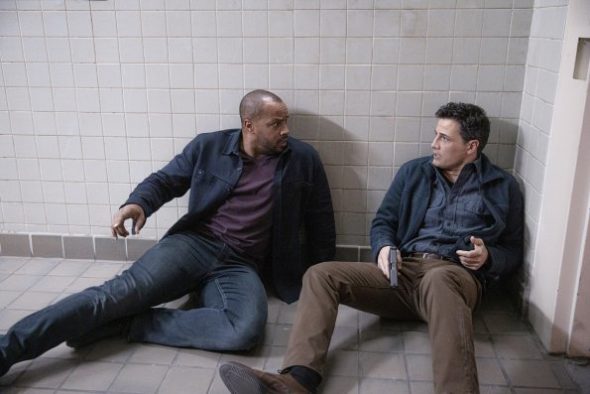 The mystery won’t be solved on Emergence. ABC has revealed they’ve cancelled the Tuesday night drama series so there won’t be a second season.

The Emergence TV series follows Jo Evans (Allison Tolman), a newly divorced police chief who ends up taking in a young child named Piper (Alexa Swinton) who is found at the site of a mysterious accident and she has no memory of what happened. Jo’s investigation into the child’s mystery draws her into a conspiracy that is larger than she could have imagined. The cast also includes Alexa Swinton, Owain Yeoman, Ashley Aufderheide, Robert Bailey Jr., Zabryna Guevara, Donald Faison, and Clancy Brown.

Despite having an enthusiastic fan base, Emergence ended up losing half of its audience over the course of the season and ended up being one of the network’s worst-performing shows.

What do you think? Did you enjoy watching the Emergence TV series? Would you have watched season two on ABC?

I would have happily watched a season 2 and was vested in the show and what was going to happen to the little girl. The actress who plays the chief is always good in everything she does. One of the few believable mothers of a mixed child on television.

Yes I loved Emergence and would definitely watch a season 2 on ABC. It is a show that deserves a second chance!

Emergence was an awesome show!! I can’t believe ABC canceled it!! Please Netflix or Hulu or some other streaming channel pick it up!!

I hate ABC so much. This is not the first nor the fifth great show they have canceled. It ended on a cliffhanger and they couldn’t even give us a wrap-up movie to end the series. I can’t believe this was the “worst performing” of their shows. It was intriguing, mysterious, and every episode answered one question and gave you many more. I’m really sad, I was so excited to see where the story was going. From now on I refuse to watch ANY new series on ABC. Until it has 3 seasons under its belt it’s not worth the… Read more »

ABC sucks. So enjoyed this series.

Seems like any shows that require more than 3 brain cells to process are getting the axe on all the networks these days.

I can’t believe that the show is left hanging like this. I loved the series so far and many of my friends that have seen it as well are all very angry that it’s not continuing. Even more angry with Australian TV for continuing to show it knowing that it abruptly finishes. ☹

Loved this show, sorry to hear it’s not coming back. Especially loved the lady cop. Was a favorite of my husband and me.

If they can’t be bothered to do a second season, at least do a 2 hour special or something to conclude it. Can’t leave people hanging like this!

Emergence was a GREAT show!! One of my all time favorites! I really hate that you are “leaving us hanging”. If you’re going to cancel a great show, at least have the decency to give it closure!! Very sad, very frustrated. Change your mind and bring it back! Maybe someone else will realize your mistake and pick it up

Emergence was the last show I’ve seen that I really liked. All 2020 and 2021 offerings are trash.

Yes, I loved this show!

Loved this show. Everything I like us cancelled. This, The In-between, CLAWS! AND WHERE IS MANIFEST?
The Good Doctor is the only thing left.

I just saw a preview for Manifest but this is sad. I loved this show and all they care about is ratings while shows like Batwoman with tank views gets another season.

Yay!!! Manifest is back!

Omfg they canceled claws?!?! Yet another great show gets the axe. My heart is broken!!!!