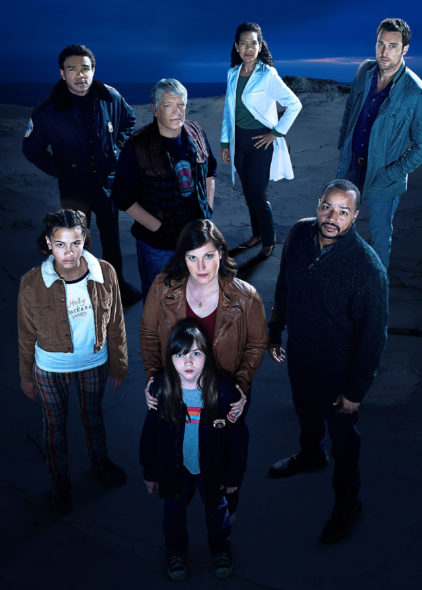 Series Finale:
Episode #13 — Killshot, Pt. 2
Jo and Brooks are in danger, and Piper’s determined to help. With Helen’s mysterious plan nearly realized, Piper recruits an unexpected team of allies to find them before it’s too late.
First aired: January 28, 2020.

What do you think? Do you like the Emergence TV show? Do you think it should have been cancelled or renewed for a second season?

Piper will become Helen and kill Jo. Piper and her kind alien robotic humanoids. They tasked by a alien robotic overlord that stays hidden that made them. I gave Piper life, it can take it away. Once she finishes her task, she will be shut down for good.

So upset that they got rid of this show! These stations don’t know good shows if it hit them between the eyes. People should Vote for shows and you’ll get more people liking them instead of those ridiculous cop shows that need to GO because their just as bad or worse as these corney shows like “Mom”. Manifest, Debris and Emergence are the best shows Hollywood has put on TV! Put Them back on! People are mad as hell like me!!!

Wonderful small town, cozy mystery/ thriller/sci-fi series. Great cast. I agree with the others that all the good shows that pull us in get cancelled.

Always get rid of the good shows for the ones that are trash.

I absolutely loved this show. Sorry it was cancelled.

I feel the same as everyone else. Why do you bring good shows on and get us so interested in them to just cancel them after just 1 season? It’s like your not even giving them enough of a chance to get off the ground running. Your making a lot of people not want to watch your network anymore. Can you please bring it back again. I love a lot of the new shows you’ve brought out in the last couple of years but can you stop canceling so quickly..please