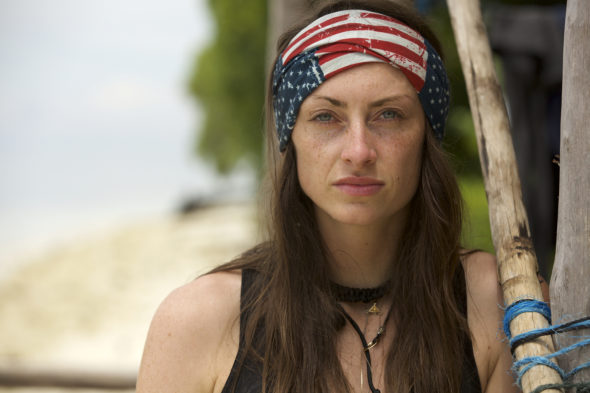 Will the castaways be lost forever? Has the Castaways TV show been cancelled or renewed for a second season on ABC? The television vulture is watching all the latest cancellation and renewal news, so this page is the place to track the status of Castaways, season two. Bookmark it, or subscribe for the latest updates. Remember, the television vulture is watching your shows. Are you?

The first season of Castaways averaged a 0.46 rating in the 18-49 demographic and 2.25 million viewers. Find out how Castaways stacks up against other ABC TV shows.

Will ABC cancel or renew Castaways for season two? The ratings are quite low so I suspect this new series will be cancelled. There are also a few twists in the concept of the show (like participants not knowing they aren’t the only ones on the island) so producers would likely have to rework how the series works if they did make a second season. I’ll keep an eye on breaking developments and will update this page as needed. Subscribe for free alerts on Castaways cancellation or renewal news.

Status update: The series last aired in September 2018 and there’s been no renewal news more than a year later. It’s presumed to be cancelled.

What do you think? Were you hoping that the Castaways TV show would be renewed for season two? Are you sorry that ABC cancelled this TV series, instead?

This show was the LAST time I watched regular tv. Went back to streaming , it figures you cancel the only show worth watching.

Please bring this show back! I watched every week. It really is a great show. Maybe if it was advertised more it would’ve made it. This show was a great way to see how socializing is important and the importance of team work.
Joe

BRING BACK CASTAWAYS!!!!
ABC DIDN’T advertisers enough at all!
This is an amazing show!!!!

I hope this show is renewed !! I found the show to be very interesting and thought provoking. Ratings may be higher of it was advertised better. I never heard of it until I just happened acrossed it. I loved the show !!!

Yes yes yes! Please I love this show. If the ratings were not high enough it’s because it wasn’t advertised enough.

I have been waiting and waiting and waiting to find out if there will be a season two. As a reality show enthusiast, I really felt like this was one of the best shows ever produced for television. It’s a life-changing series that I couldn’t recommend higher.

Let’s be honest this isn’t a reality show, saying “they don’t know if there are other people here” is naive. They clearly have directors on site talking them through the performance they want… But that doesn’t change the fact that this is an amazing show and they could continue with multiple seasons with new people. More viewers just need to know about this let’s make it happen!

I enjoyed the show and agree that it would be nice to have a final show catching up with the cast and seeing how their lives are doing. I did read that Robbie has lost a lot of weight since leaving. He looks really healthy.

I can’t wait for season two!

I love this show , my husband and I both . It was so nice being able to watch a decent show weekly without volent content . Loved all the cast , esp Robbie he was so uplifting and strong minded.

I really enjoyed the show. Hope it will continue.

I seen the first 6 episodes, then the next was episode 10. When it started, it was showing what previously happened including the missing episodes that were never shown. My guess is they cut it off and dumped this show. That’s too bad, it was a decent show.

You can go back and watch it on ABC.com, all the episodes. It’s worth it 🙂