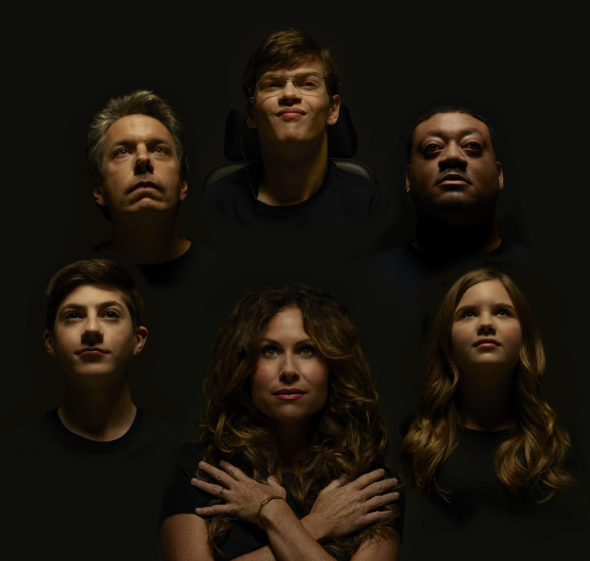 Speak now, or forever hold your peace. Is the Speechless TV show cancelled or renewed for a third season on ABC? The television vulture is watching all the latest cancellation and renewal news, so this is the place to track the status of Speechless, season three. Bookmark it, or subscribe for the latest updates. Remember, the television vulture is watching your shows. Are you?

Airing on the ABC television network, Speechless stars Minnie Driver, John Ross Bowie, Mason Cook, Micah Fowler, Kyla Kenedy, and Cedric Yarbrough. Maya DiMeo (Driver) is a no-nonsense mom who will do anything for her family: husband Jimmy (Bowie), brainy Ray (Mason Cook), athletic Dylan (Kyla Kennedy), and teenager JJ (Micah Fowler), who has cerebral palsy. In the second season, the kids are sailing uncharted waters; they are going to continue at the same school they attended, last year. Now this family needs to balance fun with the responsibility participating in their community.

The second season of Speechless averaged a 1.13 in the 18-49 year old demo and 4.33 million viewers. Compared to season one, that’s down by 27% and down by 19%, respectively. Find out how Speechless stacks up against the other ABC TV shows.

Though the ratings have taken quite a tumble in season two, I expect Speechless to snag another season and leave me sans supper for the second time. I’ll gather up my takeout menus and update this page with breaking developments. Subscribe for free updates on any Speechless cancellation and renewal news.


What do you think? Are you happy the Speechless TV show was renewed for season three? How would you feel if ABC had cancelled this TV series instead?

Speechless is much better than the Alex Inc show ABC has put in it’s place.
It may be a comedy but it did bring into the light the struggles of a family dealing with disabilities. It is well done and thoughtful. BRING IT BACK!

Speechless is a good show. I look forward to seeibg it each week. Please bring it back! I love it

Bring Speechless back please! Love it!

Do not cancel Speechless . We love this show.

I want Speechless to come back on TV

As someone who grew up with a disabled brother, I absolutely LOVE Speechless! There is humor to be found in every situation, and this proves it. Having a disabled child/sibling is hard, and can be overwhelming at times. Speechless shows the other side of the equation – the humor, the fun, and the love that is always there. I don’t watch many sitcoms, but I NEVER miss this one!

As a special needs mom, I loved having a show that related to some of the issues we deal with was a bit of a release.

Who is Gregory Silveri who was mentioned at the ending of Speechless on 3/21/2018 “In Loving Memory, Gregory Silveri 1971-2018…He had Cerebral Palsy….is he who inspired the TV Show “Speechless”?

Yes, he was executive producer Scott Silveri’s brother & the inspiration for J.J.s character. He died in January shortly before his 47th birthday. I couldn’t find any information about the cause of death.

Our family Loves Speechless! My son has Cerebral Palsy. And “JJ” has been an inspiration to him! He now is wanting to communicate more than ever!

Speechless needs to be renewed. Love the show. Great cast and writers. I for one think this show is such a refreshing change from medical, crime or primetime soap operas! BRING IT BACK!!