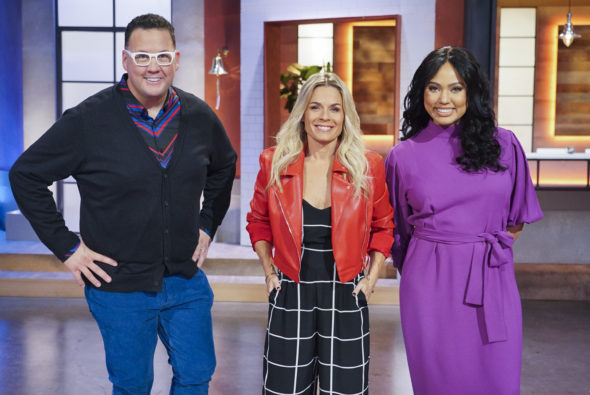 What’s cooking? Has the Family Food Fight TV show been cancelled or renewed for a s second season on ABC? The television vulture is watching all the latest cancellation and renewal news, so this page is the place to track the status of Family Food Fight, season two. Bookmark it, or subscribe for the latest updates. Remember, the television vulture is watching your shows. Are you?

Will ABC cancel or renew Family Food Fight for season two? Based on the decline of the ratings, I don’t think it will survive. I’ll update this page with breaking developments. Subscribe for free alerts on Family Food Fight cancellation or renewal news.

What do you think? Do you hope the Family Food Fight TV show will be renewed for a second season? How would you feel if ABC cancelled this TV series, instead?

We loved watching Family Food Fight, it was a very fun and exciting show. Please renew for us fans. Thank You

yes a thousand times yet and it should be right behind holy molly what a family show and both are perfect together. I can’t remember the last time a show came on where my whole family was asking about it and setting up chairs before they came on. please bring it back clean tv at its best… Don’t let us down ABC with all the garbage on TV and 15 bachelors shows can the family get one and you get it right for once.