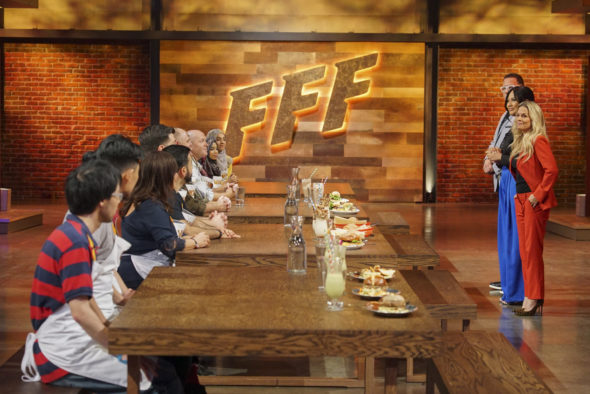 At the beginning of each season, family teams square off against each other to prepare their most cherished family recipes. Drawing upon their traditions and heritage, the teams work to elevate their home-cooking, in an attempt to impress the host, judges, and other culinary experts.

At the end of the season, the winning family claims the title of “America’s No. 1 Food Family” and takes home the $100,000 prize.


What do you think? Do you like the Family Food Fight TV series? Should this ABC TV show be cancelled or renewed for another season?

I liked the show. No disrespect to Ms. Curry, but hot water corn bread from our era, meaning the lady that made it on the show also, it did not have seasoning in it. Maybe a little salt, that’s it. It was the crunch on the edge we liked and the semi- soft meal in the middle. More like a pone. Eggless, milkless. Never any taste to it. The middle, soft and slightly uncooked.

Not interested…. This should be on one of the Food channels….. ABC had the worst programs before but now it’s even worse.