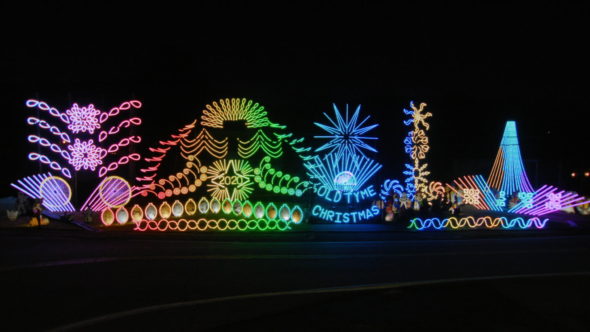 An ABC holiday competition series, The Great Christmas Light Fight follows two judges — lifestyle expert Carter Oosterhouse and interior designer Taniya Nayak — as they assess the creativity and decorating skills of everyday people (albeit ones with an abundance of holiday cheer). Over the course of six episodes (filmed in 2019), the duo considers those homes with occupants who take yuletide adornment to a whole new level. In the end, the winners are awarded a cash prize and the coveted “Light Fight” trophy.

*12/11/20 update: The Great Christmas Light Fight has been renewed for a ninth season.

So glad it’s renewed for another year. Great imagination the contestants have. Puts us in the spirit of Christmas. Good show looking forward forward for the first episode.

It’s a great show! I look for it every year. Loved them all..