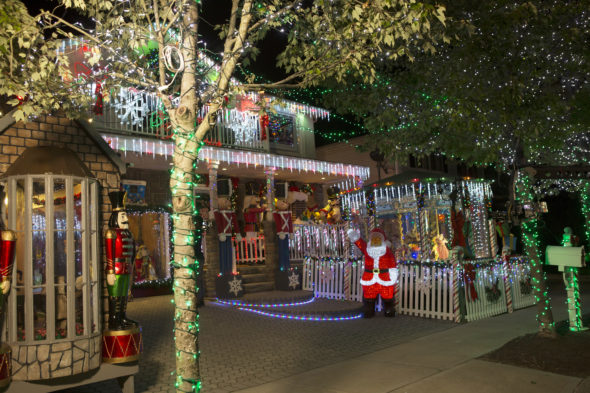 As expected last December, ABC has renewed The Great Christmas Light Fight TV show for a fifth season, which is expected to begin its three week run on on Monday, December 4, 2017 at 8:00pm ET/PT. Season four of the series consisted of six episodes.

A holiday decorating competition, The Great Christmas Light Fight showcases homes and their occupants who have taken their Christmas decorations to an extreme level. Carter Oosterhouse and Taniya Nayak hosted the third and fourth seasons, but there’s no word yet on whether they’ll return and, in fact, neither the renewal nor the series is currently available on the ABC press site.

The Futon Critic originally reported on the renewal.

What do you think? Are you a fan of The Great Christmas Light Fight TV series? Do you plan to check out season five of this ABC TV show? Let us know, below.