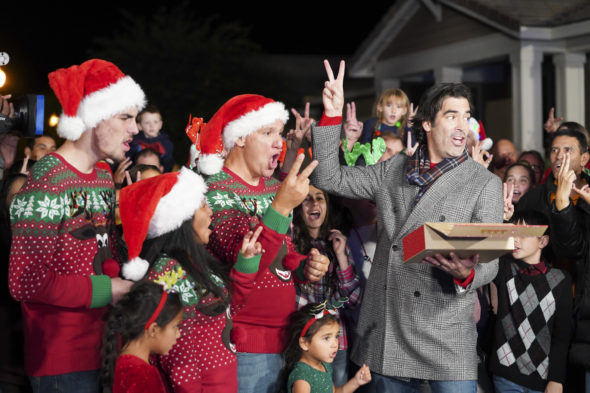 An ABC holiday tradition, The Great Christmas Light Fight follows judges Carter Oosterhouse and Taniya Nayak as they assess the creativity and decorating skills of everyday people (albeit ones with an abundance of holiday cheer). Over the course of six episodes, the duo considers those homes with occupants who take yuletide adornment to a whole new level. In the end, the winners are awarded a cash prize and the coveted “Light Fight” trophy.

I love this Light Fight show. It shows the love of Christmas and how they put so much effort into the Christmas holiday. They are chips off the old block. They love Christmas and it’s in their hearts. More people should be like them and celebrate the holiday.

It’s more about who has the most lights and sound and less about Christmas. I mean come on,Chinese lantern.it had nothing to do with Christmas,it was very good for what it was,but it was not about Christmas

I agree Bentleyville should have won!

I love to see how the different families have decorated but I hate all the silly & very childish way these people act! Grow up guys & cut out all the nutty stuff at the beginning of the tour. I tape the shows now so I don’t have to watch all of them.