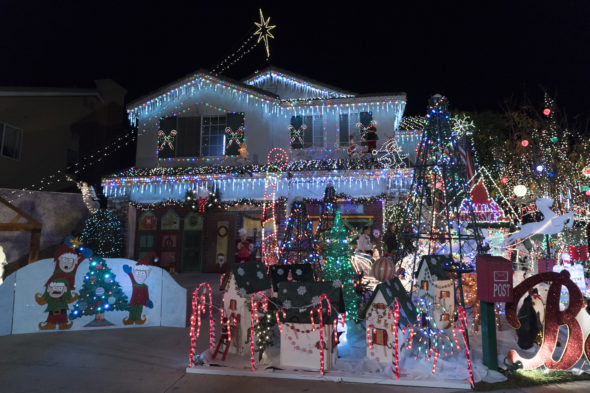 There’s no need to worry about the Grinch cancelling this holiday tradition since The Great Christmas Light Fight has already been renewed for a seventh season for December 2019. Will the network regret that decision if the ratings drop even lower than usual? Stay tuned.

An ABC holiday tradition, The Great Christmas Light Fight, follows judges Carter Oosterhouse and Taniya Nayak as they assess the creativity and decorating skills of everyday people (albeit ones with an abundance of holiday cheer). Over the course of seven episodes (including an all-stars installment), the duo considers those homes with occupants who take yuletide adornment to a whole new level. In the end, the winners are awarded a cash prize and the coveted “Light Fight” trophy.

For comparisons: The fifth season of The Great Christmas Light Fight TV series on ABC averaged a 0.96 rating in the 18-49 demographic with 4.58 million viewers.

What do you think? Do you like The Great Christmas Light Fight TV series? Should it have been cancelled or renewed for a seventh season on ABC?