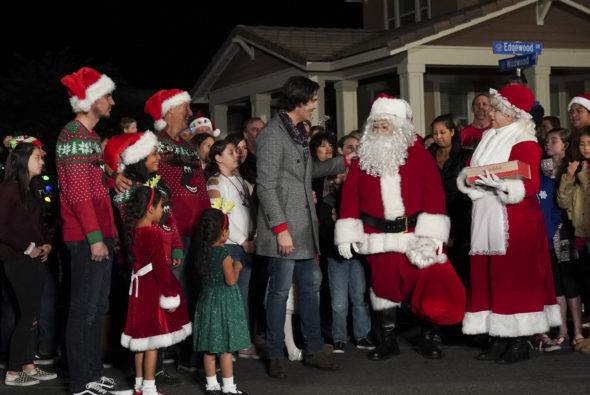 There’s no shortage of good cheer for The Great Christmas Light Fight TV show on ABC — and there’s no need to worry about the show being cancelled either. ABC has already officially announced that this holiday staple has been renewed for season eight. The real question is: will the viewers keep coming back or, will they find something new and festive to watch? Stay tuned.

The Great Christmas Light Fight follows judges Carter Oosterhouse and Taniya Nayak as they assess the creativity and decorating skills of everyday people (albeit ones with an abundance of holiday cheer). Over the course of six episodes, the duo considers those homes with occupants who take yuletide adornment to a whole new level. In the end, the winners are awarded a cash prize and the coveted “Light Fight” trophy.

For comparisons: Season six of The Great Christmas Light Fight on ABC averaged a 0.86 rating in the 18-49 demographic and 4.34 million viewers.

What do you think? Do you like The Great Christmas Light Fight TV series on ABC? Should it have been cancelled instead of renewed for an eighth season?