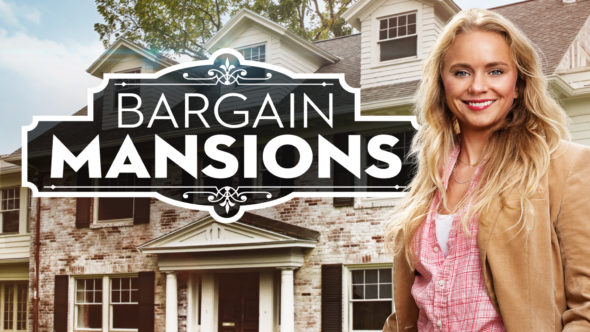 Bargain Mansions is not going anywhere anytime soon. HGTV has renewed the renovation series for a third season. The series will return with Tamara Day in spring 2020. An exact premiere date was not revealed for the series.

HGTV revealed more about the renewal of Bargain Mansions in a press release. Check that out below.

“HGTV has picked up an additional eight one-hour episodes of Bargain Mansions starring home renovator Tamara Day. The Kansas City-based series, which attracted more than 11.2 million total viewers in its sophomore season, follows the busy mother of four as she snags unbelievable deals on large downtrodden properties. To attract top dollar from the right buyer, Tamara works to preserve the historic charm and unique architectural features of these large bargain homes, while incorporating modern layouts and luxurious amenities. The new season of Bargain Mansions is slated to premiere in spring 2020.”

What do you think? Have you watched Bargain Mansions? Will you watch its third season in the spring?

I love this show I am so glad it is coming back. Love her father. Cannot wait

I love this show! Tamara day is so smart I’ve learned a lot of stuff and I like her father ward