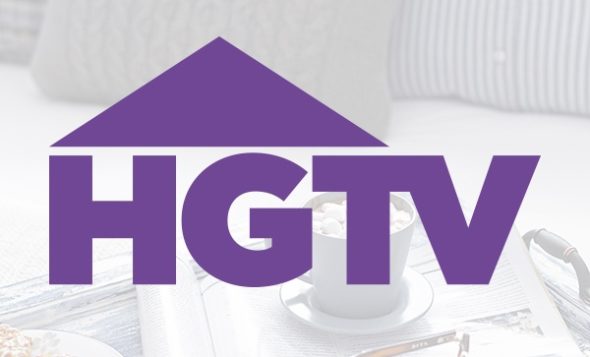 The Windy City is getting a makeover. HGTV just announced their new TV show, Windy City Rehab, will premiere in 2019.

The home renovation series “follows Alison [Victoria] as she spends megabucks to score fixer uppers in the city’s historic neighborhoods.”

New York [Nov. 13, 2018] High-risk investments, messy renos and big pay offs are the name of the game for designer and real estate developer Alison Victoria in her new series Windy City Rehab. Premiering at 9 p.m. ET/PT during the HGTV All Premiere New Year, the series follows Alison as she spends megabucks to score fixer uppers in the city’s historic neighborhoods. Armed with sharp business savvy, knowledge of the local market and a drive to transform the homes with modern layouts and luxurious style, Alison must attract high-end buyers or risk losing it all. Despite costly structural damage, permit delays, failed inspections and other challenges, Alison is determined to create gorgeous homes and earn top profit.

“It’s my dream to flip houses in my hometown of Chicago, but renovating homes in this price point leaves a ton of money on the line,” said Alison. “These are high-stakes projects that could spiral out of control at any minute. It’s big risks and big rewards.”

The premiere episode spotlights Alison’s full-blown overhaul of a property in historic Bucktown. Nearly derailed with delays from a harsh winter and a surprise water line break, Alison forges ahead to have the property ready for sale by Spring. To create stunning curb appeal, she replaces the fa�ade with salvaged brick from old Chicago buildings and adds dramatic porches to the top two stories. Inside, Alison installs an upscale kitchen, a large master suite and a basement bonus space to increase the property value. She also includes custom touches throughout the home, such as a striking vintage front door, antique mantle and rustic barn wood pantry doors.

For those who can’t get enough of Alison in Windy City Rehab, they also can interact via social media at #WindyCityRehab and find exclusive behind-the-scenes videos and photos at hgtv.com/WindyCityRehab.

On Jan. 1, fans can spend the afternoon with Alison as she hosts the HGTV All Premiere New Year lineup beginning at 2 p.m. Later, at 8 p.m. ET/PT, Alison will unveil the breathtaking 2019 HGTV Dream Home in Whitefish, Montana, during the annual home giveaway special. In addition, the day’s lineup will feature several new pilots, as well as premiere episodes of fan favorites, including My Lottery Dream Home and House Hunters.”

What do you think? Do you enjoy home renovation shows? Will you watch Windy City Rehab?

Have watched every episode of Windy City and am waiting to see if Alison is starting another series. Hope so.

I absolutely love this show!!! I love Allison’s designs. The house her end her brother have flipped are amazing. I truly hope you keep the show. I love it

I love this show and I love Alison she is a great designer . I tape the shows and watch them over again

Love this show. She is really helping show Chicago history and why people love it here.

Finally, a show that shows the realities of Chicago living! It’s as beautiful as it is difficult! I love this show and Donovan and Allison. Keep going…… SOUTH. Don’t forget us!

I love the show! Allison does wonders with homes. However, I would love it if someone would rehab more affordable houses that regular people could have a hope of buying. The Buck town neighborhood is pretty high end-as is most of downtown.

Love this program, born and raised in Chicago and it shows just how beautiful Chicago is. I reside in Tennessee now and just started watching last week, episode five was the last. Can’t wait to view more, hope it has a bright future.

There is no better architecture than Chicago. They say the show is canceled already??

I love this show! Great addition to HGTV. I live in NY but love visiting Chicago! Alison puts Chicago on display! Way to go!

I haven’t seen “Windy City Rehab” but I have seen a commercial or two. The commercial scene where Alison smashes the concrete with a sledge hammer is a little disturbing. She does NOT appear to be wearing safety glasses. If this is true, it’s a bad example. If she is wearing them, she needs some with a dark frame to make it clear.

Lol really? You can tell it’s an ad right? Maybe you should watch the actual show!

windy city with Alison just watched Skyline Penthouse, it was great, love it, love I,t so real had me on the edge of my seat, cant wait to see more .

It would be awesome!!! If you wanna spread the love to Indiana, please come to my home for a makeover!!! HGTV Biggest Fan ❤️

What happened to Flip or Flop/FortbWorth?I enjoyed the program.