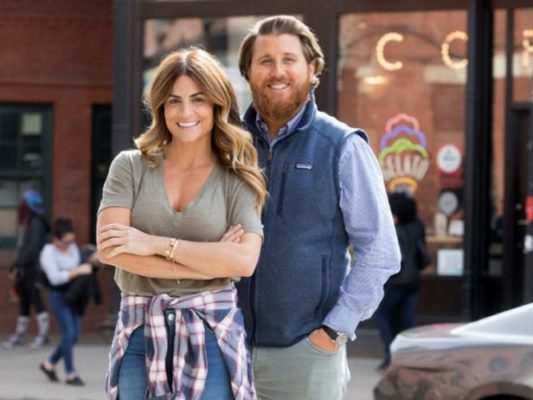 HGTV is heading back to Chicago. The network recently announced they’ve renewed Windy City Rehab for a second season.

HGTV has ordered 10 episodes for season two of Windy City Rehab. You can read more info below:

NEW YORK [Feb. 12, 2019] New HGTV series Windy City Rehab is on pace to rank as the network’s highest-rated freshman series in more than a year, prompting the net to pick up 10 eps for a second season. A millennial favorite, Windy City Rehab stars real estate developer Alison Victoria as she renovates Chicago fixer-uppers. It currently ranks as the #1 series on the network for viewers P25-34 and is a top 10 cable program among women 25-54 in the Tuesday 9-10 p.m. ET/PT timeslot. The series has attracted more than 9.3 million viewers since it premiered on Tuesday, Jan. 1, at 9 pm ET/PT.”

What do you think? Have you seen Windy City Rehab? Are you glad the show is coming back?

This is one of my favorite HG programs. I only wish it was on more often.

I love the show. Alison takes on major challenges, but keeps the homes historical charm. She has livable elegant taste. I am a fan.

I love this show! She’s really knows how to make a house look classy!

love the show Windy City Rehab, Victoria is an awesome designer, loved her in Kitchen Crashers.

I love Windy City Rehab, Victoria is a great designer, loved her back doing kitchen crashes. Cant wait for the show to return!!!