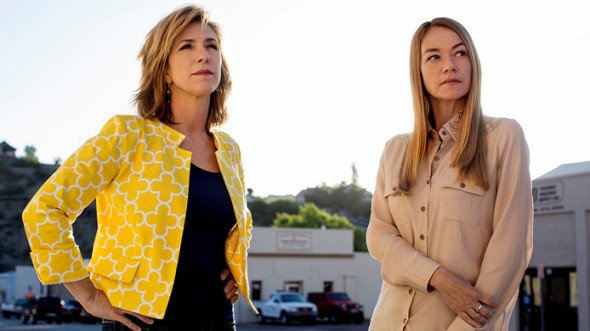 Oxygen is back on the case. Recently, the network announced the season five premiere date for Cold Justice.

The true crime series “follows veteran prosecutor Kelly Siegler and her rotating team of seasoned detectives – Johnny Bonds, Steve Spingola, Aaron Sam, Tonya Rider and Abbey Abbondandolo, as they travel to small towns to dig into unsolved homicide cases that have lingered for years without answers or justice for the victims.”

New York, NY – February 12, 2019 – Oxygen Media, the destination for high-quality crime programming, kicks off a new season of true crime investigative series “Cold Justice” on Saturday, February 16 at 6 pm ET/PT with a two-part season premiere. The series follows veteran prosecutor Kelly Sieglerand her rotating team of seasoned detectives – Johnny Bonds, Steve Spingola, Aaron Sam, Tonya Riderand Abbey Abbondandolo, as they travel to small towns to dig into unsolved homicide cases that have lingered for years without answers or justice for the victims. Working alongside local law enforcement from across the country, the “Cold Justice” team has successfully helped bring about 38 arrests and 19 convictions.

In the two-part season premiere airing Saturday, February 16 & 23 at 6 pm ET/PT, Kelly and Tonya head to Carbon County, Wyoming to look into the mysterious deaths of two women, Thora and Debra. Although they died 13 years apart, the circumstances of their deaths raised questions as the women shared some curious connections. Working alongside the county coroner’s office, Kelly and the team make an eerie discovery with another mysterious death with similarities to Thora’s death. With multiple crime scenes and details to dissect, Steve Spingola and Dr. Pinneri join the case to help determine if the three victim’s deaths were accidents, suicides or homicides.

Last season of “Cold Justice” was Oxygen’s most-watched (P2+) weekly series in 2018 and is the network’s second-fastest growing series among P18-49, up +43% season over season.

The “Cold Justice” team is invited by the local law enforcement agencies for all cases. To submit a case for consideration for “Cold Justice,” please click here.”

What do you think? Have you seen Cold Justice? Will you watch the new season?

I would really love to see cold justice come back on regularly.. I personally love the show.

I love Cold Justice and am eagerly looking forward to the next season. I wish the season had more shows.

I love to see the bad guy(s) get their due. Thanks to Kelly and her team, many do. The entire team works so well together. Please keep the show coming up with more cold case files to solve. And speaking of cold cases, I’ve been watching for years including when Kelly was sleuthing rape cases. You could do both, right?
Thanks for all the raw emotion.

I love the show however, the group shot of her team has both Afro American’s on the ends and barely in the shots. All of the Caucasian team members are front and center. I find it ironic that Kelly who is such a stickler for detail would approve this final shot as a fair representation of the team. Why do the African Americans have to be on the ends and barely visible to the viewer. I find it offensive. I try to see them BC the final shot in the promotion of the show is very fast, but its pretty… Read more »

I am so happy to see you all back!
It’s so moving to see the raw emotion from Ms Siegler when she speaks with family and friends. You can see how much she and the entire team seeks the truth no matter it’s outcome.
Thank you for your tireless work seeking Justice for those who no longer have a voice and the families are lost with no answers…THANK YOU

I have watched since the first episode. I truly appreciate Ms Siegler’s raw emotion when dealing with the victims family and friends. She and the entire team show how much they care and are committed to the facts and truth no matter where it takes them.
Thank you for the tireless work you all do!
So happy to see you back.

Love Cold Justice glad to see it back on tv!
There’s a very cold case in Durham NC about 40 years cold. Patricia Mann & her boyfriend Jessie McBain were murdered on Valentine’s Day in 1974 ( think right year). Patricia was from my hometown & I later worked with her Mother who was a nurse at local hospital.
I wish for their family that is left to find justice for these two young adults ages were 20 & 19. There is a podcast about them called The Long Dance.
Thank you for any help you can give.

I am extremely excited to have another season of Cold Justice. I appreciate the team’s hard work trying to help families find closure. I applaud them with their dedication and drive to fight for justice and the truth to be discovered. Keep up the great work!!!!

Yeah!!!! This is one of my favorite shows. I am so glad it’s back for a new season. Don’t ever think of ending it.