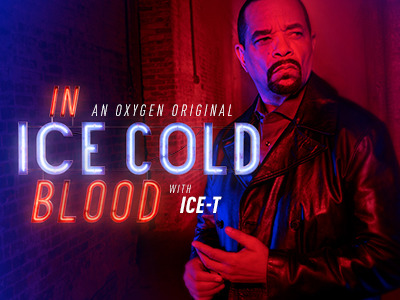 Ice-T is back with more true crimes. This week, Oxygen announced the TV show In Ice Cold Blood will return for a second season in February.

Season two of In Ice Cold Blood premieres on Oxygen on February 25th at 8 p.m. ET/PT.

When some of the most basic human desires – sex and money – cloud our judgment with lust and greed, they run the risk of dangerous consequences. Over the course of sixteen episodes, real-life cases depict unhinged passion motivating someone enough to kill. First-hand detectives, along with friends and family closest to the victims, bring each cold-blooded story to life. In the season two premiere, the quintessential girl next door is discovered brutally killed on Thanksgiving weekend. It takes investigators over a year to uncover the dark obsession that led to her murder.

What do you think? Have you seen In Ice Cold Blood? Will you watch the new season?