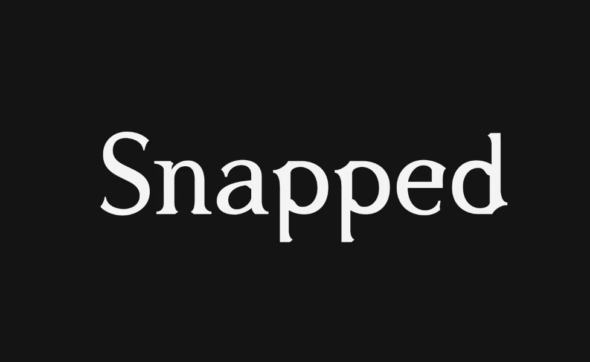 Snapped is back! This week, Oxygen announced the TV show’s 24th season will premiere on August 19th.

The new season of the true crime docuseries feature episodes on Amy Fisher, Mary Jo Buttafuoco, and “breaks down how a shadowy affair led a jealous teenager to commit a brash act of violence, and after 25 years we hear from the surviving victim herself as she sheds light on her side of this notorious scandal that rocked America.”

NEW YORK, NY – August 8, 2018 – Oxygen Media, the network for high-quality crime programming, launches the 24th season of the critically-acclaimed franchise “Snapped” with the infamous case of Amy Fisher and Mary Jo Buttafuoco, premiering on Sunday, August 19th at 6PM ET/PT. The special will break down how a shadowy affair led a jealous teenager to commit a brash act of violence, and after 25 years we hear from the surviving victim herself as she sheds light on her side of this notorious scandal that rocked America. For a sneak peek of the premiere, visit: https://www.oxygen.com/snapped/season/videos/snapped-2401-amy-fisher

When the body of a beloved aircraft machinist is found stuffed in the trunk of his own car, investigators follow a trail of deception to a manipulative killer.

In the fall of 2011, homicide detectives in towns over two-hundred miles apart connect two separate murders to one ruthless killer.

When the owner of an Ohio landscaping company is found shot to death in his bed, the ensuing investigation exposes an elaborate web of sex, obsession, and power.

“Snapped” is one of television’s longest running and successful true-crime franchises on television. On its first year anniversary since the rebrand to a premium crime destination, (July 2017-June 2018), Oxygen has seen +32% growth among total viewers in total day vs. the prior year.

“Snapped” is produced by Jupiter Entertainment with Stephen Land, Allison Wallach, Todd Moss and Dale Fisher serving as executive producers. For more information, visit www.oxygen.com and follow us on Twitter at www.twitter.com/OxygenPR.”

What do you think? Do you watch Snapped? Will you watch the new season?

Love it, watch it whenever it is on, even bought some of the dvds. Wish they had more of them on dvd. Why don’t they?