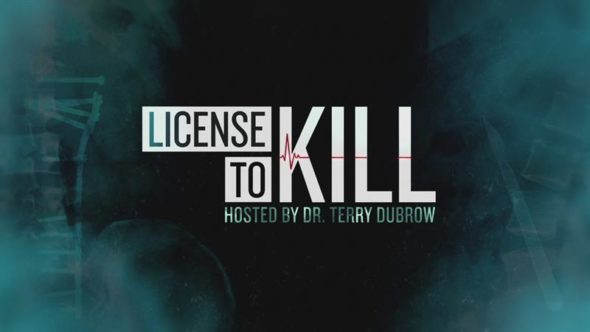 License to Kill is coming back to Oxygen. An August date for the premiere of season two of the medical crime series has been set.

Oxygen revealed more about the new season of License to Kill in a press release.

“The 12-episode season chronicles harrowing tales including a Las Vegas man who posed as a natural doctor performing invasive medical procedures in highly unsanitary conditions; a doctor who over-prescribed opioids to unsuspecting college-aged men; an incompetent cosmetic surgeon who preyed on a disenfranchised community; a pharmacist who diluted his cancer patient’s chemotherapy treatments; and a pain management specialist who aided in the opioid addiction of an entire town.

This season, Dr. Dubrow uses his medical expertise to take viewers into the minds of each distinctive killer, while investigating the reasons behind their heinous crimes. Whether they were money-hungry, ego-driven, or a criminal who conned their way into the medical field, these killers lost sight of their Hippocratic Oath and used their practice for evil.

The series recounts how authorities stopped these medical professionals’ malpractice to seek justice for the victims that were harmed or put in jeopardy.”

What do you think? Are you a fan of the License to Kill TV series? Will you watch season two?