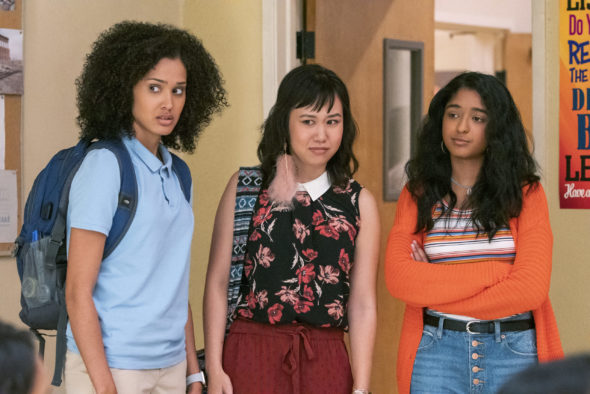 Never Have I Ever has been renewed for a second season. The coming of age comedy-drama will return to Netflix next year. Maitreyi Ramakrishnan stars in the series which comes from Mindy Kaling and Lang Fisher. Others in the cast include Poorna Jagannathan, Richa Moorjani, Jaren Lewison, Darren Barnet, Ramona Young, Lee Rodriguez, and John McEnroe.

Never Have I Ever has been renewed for Season 2!

But that’s not the only thing @ramakrishnannn wound up telling her co-stars… pic.twitter.com/vGWY06VLBu

An exact premiere date for season two the series was not revealed, but it will return in 2021.

What do you think? Are you a fan of the Never Have I Ever series? Will you watch season two on Netflix next year?