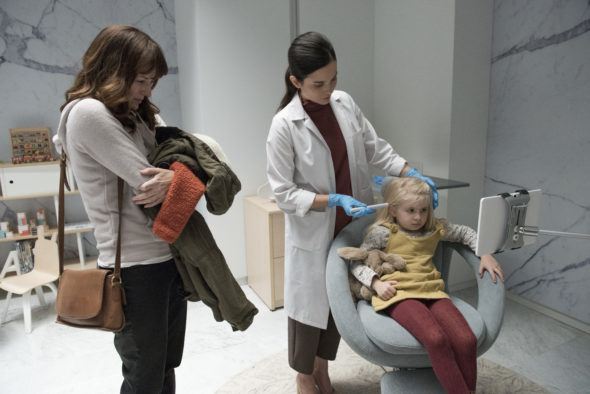 Ready for some more reflections on life in the modern age? Netflix has renewed its Black Mirror TV show for a fifth season. Watch the renewal announcement, below.


The future will be brighter than ever. pic.twitter.com/slVeg3VPd7

“Black Mirror” Will Be Right Back…

Patience is a virtue, but rest easy knowing there is more Black Mirror on the way.

Netflix on Monday announced that its utterly addictive, Emmy Award-winning anthology series has been renewed for a much-anticipated Season 5.

In the meantime, reflect on Black Mirror Seasons 1-4, all streaming now on Netflix, and stay tuned for more…

Black Mirror is an anthology series that taps into our collective unease with the modern world, with each stand-alone episode a sharp, suspenseful tale exploring themes of contemporary techno-paranoia leading to an unforgettable – and sometimes unsettling – conclusion. Without questioning it, technology has transformed all aspects of our lives; in every home; on every desk; in every palm – a plasma screen; a monitor; a Smartphone – a Black Mirror reflecting our 21st Century existence back at us. The series is created and written by Charlie Brooker, and executive produced by Brooker and Annabel Jones.

What do you think? Are you a fan of the Black Mirror TV series? Did you think Netflix would cancel or renew it for season five?