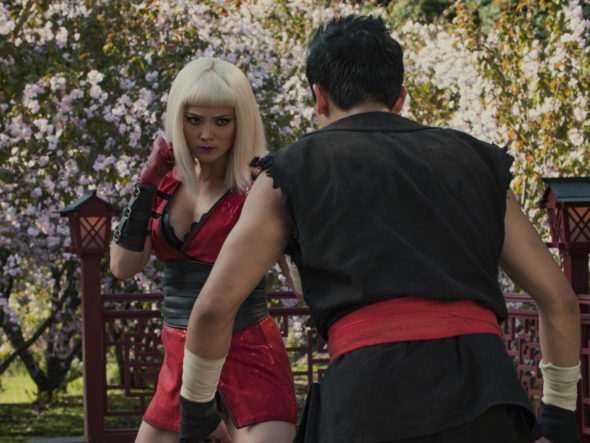 Unless they decide to publicize viewership, it is difficult to predict whether Netflix will cancel or renew Black Mirror for season six. If they decide to renew, we’ll probably hear sooner, rather than later. Back in September of 2017, creator Charlie Brooker and EP Annabel Jones said they were willing to do another six-episode installment. This fifth season consists of three, so there could be at least another three episodes on the way. Since that time, however, they made the Black Mirror: Bandersnatch movie, which took longer than expected, so they may feel  they’ve told enough stories in this universe, for now. Flying blind, I think it will get a season six renewal, but that season will probably again be short, like this one. Since that’s just speculation, I’ll keep an eye on the trades and update this page with breaking developments. Subscribe for free alerts on Black Mirror cancellation or renewal news.

What do you think? Should the Black Mirror TV show would be renewed for season six? How would you feel, if Netflix cancelled this TV series, instead?

Pretentious and preachy garbage that looks like it was filmed with an Iphone’s camera. Why would anyone speak so highly of this drivel is beyond me. It’s probably a Millenial thing…

I love the series black mirror on Netflix. one of the best shows I have watched. I say bring it back. Renew it.

Who… who are you talking to here? You know that tvseriesfinale.com has no influence on whether shows are renewed or not, right?