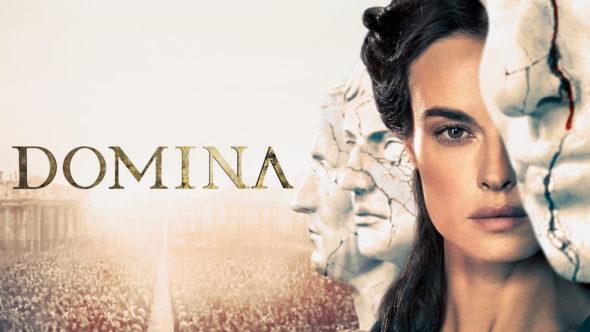 Does Livia live up to her reputation? Has the Domina TV show been cancelled or renewed for a second season on EPIX? The television vulture is watching all the latest cancellation and renewal news, so this page is the place to track the status of Domina, season two. Bookmark it, or subscribe for the latest updates. Remember, the television vulture is watching your shows. Are you?

Will Domina be renewed for a second season? This show feels like a close-ended mini-series but there could conceivably be a sequel series of some kind. I’ll keep my ears open and an eye out for news, and will update this page with breaking developments. Subscribe for free alerts on Domina cancellation or renewal news.

2/14/22 update: Domina has been renewed for a second season.

What do you think? Are you glad that the Domina TV show has been renewed for a second season on EPIX?

I would absolutely love to have more seasons of Domina. Great TV show!

Definitely do a second season

Davina was one of the best representations of Rome’s fall from grace, in the post–Julius Caesar era! That said, HELL-YES, I’m hoping & praying that they’ll continue the show for a 2nd, 3rd, shoot, even a 4th season! As many seasons as it takes, for them to portray the entire collapse of the Roman Empire, which was incidentally, the first, modern Republic in the world’s history!!

Domina should be renewed immediately, the portrait of of the most powerful elites in Rome is so well narrated, pretty accurated & with great actors playing them, like Matthew McNulty & Katia Smutiak. We need buy this series in DVD soon while we wait for a second season the next year, please.