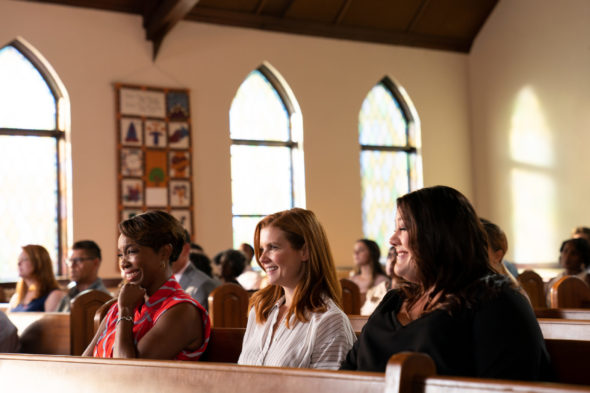 The Sweet Magnolias TV series is sticking around just a bit longer. Netflix has renewed the small-town drama for a second season. The renewal was announced on Twitter.

What do you think? Are you a fan of the Sweet Magnolias drama series? Will you watch season two on Netflix?

Too sweet and predictable….like Hallmark stories..
I watched only because, right now, the tv pickings
Are slim

We love this show and look forward to many more seasons. Great acting and story line.

I will watch season 2! Looking forward to it!!

I have enjoyed it so far and will continue to watch it.

Please, please have many more seasons! A GREAT SHOW!!!!!

Not Monica Potter. It’s Joanna Garcia Swisher who is starring. Love this show and love the books, too!!!

This is one show that needs a few seasons to complete the story arcs that started in season 1.

You have One of the actresses names wrong, it’s not Monica Potter it’s Joanna Garcia