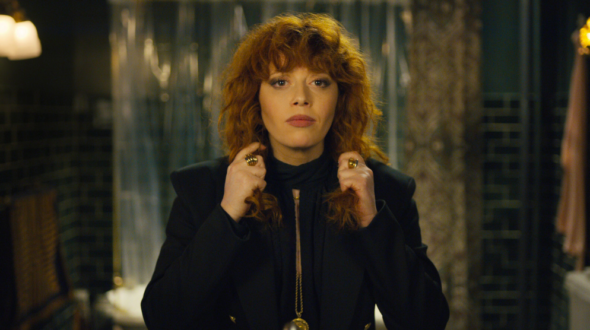 From Natasha Lyonne, Amy Poehler, and Leslye Headland, the series is a surreal, dark comedy about a woman who cannot stop reliving her own death. In addition to writing the series, Lyonne also stars.

Netflix has not yet announced a premiere date for season two of Russian Doll, but you can see the announcement below:

Sweet (birthday baby) news: #RussianDoll has been renewed for a second season! pic.twitter.com/6DxqqcVOMa

What do you think? Have you seen Russian Doll? Are you glad it’s coming back for a new season?

Loved the show, so glad it’s back.

I can’t see the appeal for this show.

Watched 4 episodes and it left me cold.