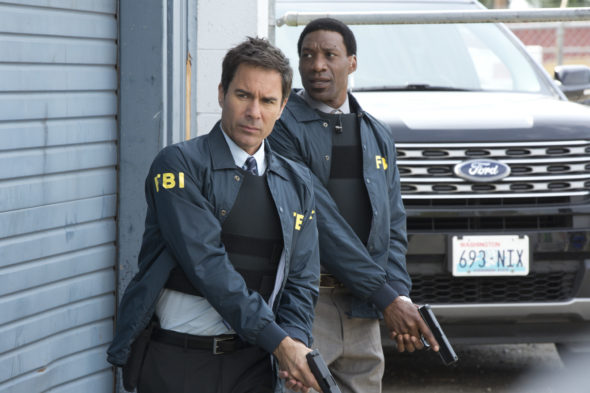 Travelers is back in action! This week, Netflix announced the TV show will return for a third season in December.

Season three of Travelers premieres on Netflix on December 14th.

#Travelers Season 3 premieres December 14 on Netflix — that's when the hunt begins for the elusive Traveler 001! pic.twitter.com/0BtDTHsIE4

What do you think? Have you seen Travelers? Will you watch the new season?

Seems like the writers were having trouble, in mid-season 2 and on.
Spent too much time on non-essential fillers. Will be interesting if they do
a prequel and how they deal with the age of primary characters and year it’s
to be taken place.

Just watched all of S3 and the cliff hanger leaves all to believe there will be a 4th season, I do hope that they will have a S4, but I am wondering, seeing how long it took to get the 4rd Season. But it is a a very good take on SciFi and very different how they do the whole Time Travel idea. But if they start to go down the road Global Warming err Climate change thing then it will not last at all. But I was Glad to see S3 and it did leave you wondering where things… Read more »

:Correction:
(but I am wondering, seeing how long it took to get the 3rd Season)

I love sci fi and this a unique twist to the time traveller theme. It makes a lot of sense you would organize teams with doctors scientists military tactics expert etc. Can’t wait for December 14th yeah.

Love the show
One of the better shows on TV.
Thank you for another season!