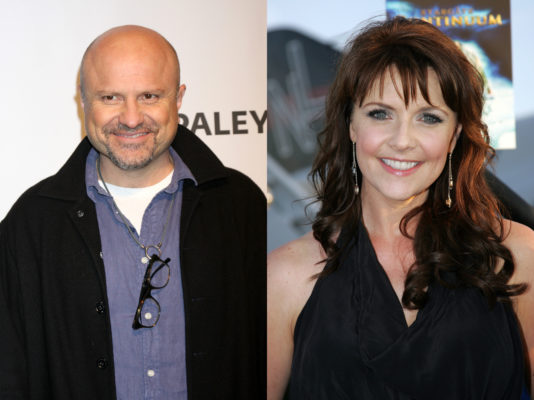 Travelers has some new company. According to The Hollywood Reporter, Enrico Colantoni (pictured, left), Stephen Lobo, and Amanda Tapping (pictured, right) have joined season two of the science fiction series.

The sci-fi drama follows a team of time-traveling operatives who are sent back into the bodies of 21st century individuals in order to prevent the collapse of society. The cast includes Eric McCormack, Jared Abrahamson, Nesta Cooper, Reilly Dolman, Patrick Gilmore, and MacKenzie Porter. Canadian network Showcase and Netflix have already renewed the series for a second season.

Colantoni has been cast as “Vincent, a mysterious individual who may or may not be a friend of the travelers, and will star opposite lead Eric McCormack.” Neither Lobo nor Tapping’s roles have been revealed, but Tapping is set to direct multiple episodes for season two.

The new season of Travelers is slated to debut later this year.

What do you think? Have you seen Travelers? Will you watch season two?

Looking forward to Season 3, now, since I just binge watched Season 2! One of the three best shows by Netflix (The Crown, Ozark, and Travelers in that order IMHO). There MUST be a Season 3!

Brilliant series, can’t wait for the next one. Cliffhanger a bit annoying I would have liked a few answers before it disappeared but only because it was captivating.

Awesome show. Thank god netflix has the good sense to keep the good shows, unlike other networks.