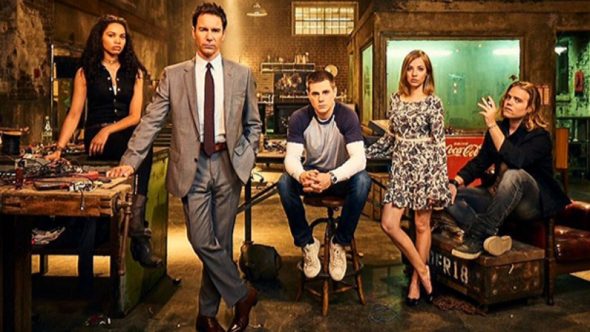 Travelers isn’t ending anytime soon. According to SpoilerTV, Showcase has renewed the TV show for a third season.

Neither Showcase nor Netflix have announced a premiere date for season three of Travelers yet. Recently, showrunner Brad Wright spoke with The Televixen about his plans for season three:

The theme of Season 3 is AI. There’s a lot of discussion of free will and AI and all of those things that we teed up in Season 2. We have an arc that introduces a new character, a woman, who is going to be a challenge to MacLaren. I want to give him a foil. We’re going to dial up the temperature a little more.”

What do you think? Have you seen Travelers? Will you watch the new season?

From the UK. I love it and ALL the main characters. Really clever Sci Fi. Roll on more please!

My husband and I just discovered Travelers on Netflix a couple of weeks ago, and we’ve almost finished Season 2. It’s an excellent show and we were glad to find that it’s continuing. Great characters, well-acted, and with a fascinating concept. We’re telling everyone about it!

Love the show! Can’t wait for season 3 and beyond.

I love the show I can’t wait for season 3 to come on Netflix. Totally addicted.

I love the show, I am up to season to show one and then it stopped. I’m addicted please do not stop the show it is very good keeps you on the edge of your seat is riveting you never know what’s going to happen next it is absolutely amazing. I would compare this to the TV show the list. One of my favorites as well. Thank you for aligned me to come in please continue with this show absolutely can’t wait for season three

Travelers is without doubt my favourite TV show – I find the issues it deals with extremely intellectually stimulating and I have never missed a show.

I absolutely LOVE the Travelers! I can’t quit watching it. Love the suspense and mystery intermingled with the personal lives that the cast plays.

Love this series. Binge watched the first two series in a weekend … exhausted but ready for more. Well done.