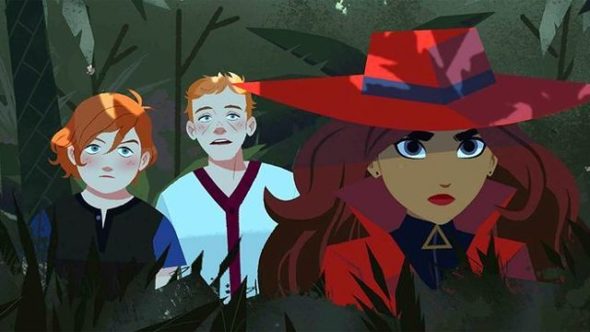 Where will Carmen Sandiego turn up next? Voice actor Kari Wahlgren recently revealed Netflix has renewed the TV show for a third season.

The animated series follows the titular villain (voiced by Gina Rodriguez) around the globe as the show teaches kids about geography, history, and other subjects. The show is part of a larger media franchise that has included games, other TV series, and books.

Netflix has not yet announced the premiere date for season three of Carmen Sandiego, but you can see the renewal announcement below:

More mysteries will be revealed… @CarmenSandiego is coming back for Season 3 on @netflix! 🕵🏻‍♀️ pic.twitter.com/ON5Ma5KdBL

What do you think? Are you a fan of Carmen Sandiego? Are you excited for the new season?

What’s taking Netflix so long to release the next season of Carmen Sandiego, they better hurry up with those new episodes, I’m starting to get impatient, I’ve been waiting for a long time since the last episode of season two.

I’m really happy that Carmen Sandiego on Netflix is coming back for Season 3 !!!!!!!

Finally! I feel like we’ve been waiting forever for this announcement! Love this series!

YESSS! So happy to hear Season 3 is coming soon! My kids LOVE Carmen San Diego and so do I 🙂 Thank you!!! 😀