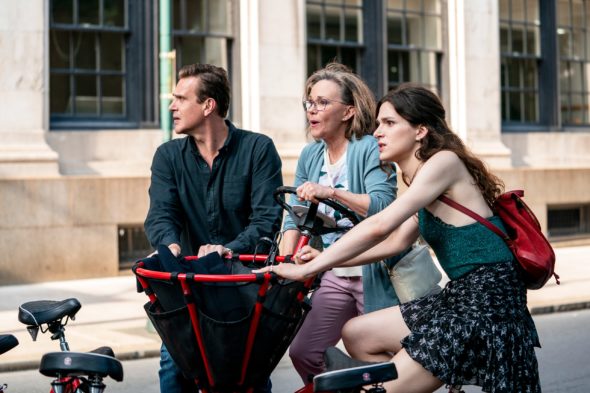 Is Dispatches from Elsewhere done? Creator and star Jason Segel recently spoke with Deadline about the future of the AMC TV show.

The anthology drama series revolves around four ordinary people who each feel that there’s something missing in their lives, but they can’t understand what it is. The group is brought together by chance (or is it by design?) when they stumble onto a puzzle hiding just behind the veil of everyday life. The cast includes Segel, Sally Field, Richard E. Grant, André Benjamin, and Eve Lindley.

In the interview, Segel said he doesn’t know if AMC will renew Dispatches from Elsewhere for a second season but he thinks the new season would also be a stand-alone story:

Yeah, it can be either an anthology or a limited [series], depending on how we decide to proceed. But the idea is that each season is stand-alone—and without giving too much away, each season would profile a specific thing, as the [Jejune] Institute was profiled in the first season.”

And what about the season one characters? Segel says he likes to leave their fate up to the audience’s imagination:

I don’t, you know? I like the ellipses of it all. I like us imagining what might happen to each of those characters—will they stay in touch, [or] will they not. One of the things I love best about movies that have really impacted me is that they allow my imagination to do some of the work.”

What do you think? Have you seen Dispatches from Elsewhere? Do you want a second season?

Possibly the best show ever? Season 2 would be amazing, MAKE IT NOW PLS

Please renew this show! I’d like to see the same characters continue on as there is still so much to learn about them.

Please season 2 reminded me of the prisoner next season please