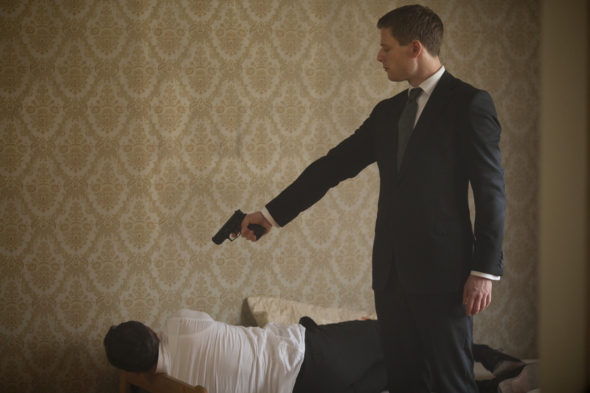 “Marcia, Marcia, Marcia,” was the refrain in the 1970s, but today it’s, “Russia, Russia, Russia,” so why should TV be any different? AMC has renewed its McMafia TV show for a second season, with a start date TBD. The pickup comes a couple of months after the BBC’s McMafia season two renewal.

What do you think? Are you a fan of the McMafia TV series? Do you plan to tune in for season two of this AMC TV show? Let us know, below.

I love James Norton and l miss the show. Why was it cancelled? And if not, why has it taken AMC so long to air it? Bring it back AMC! We love it!!

Adore James Norton and am thrilled to see McMafia is returning

Cannot wait for Season 2. Great show with brilliant actors. I’m a real fan of James Norton from a PBS series.

The first was brilliant.

I can’t wait for Season Two of McMafia! I LOVED Season 1 and found it absolutely compelling to watch.

I can’t wait for Season Two of McMafia! I LOVED the first season and found it to be absolutely compelling.

Best news I have had all month!!