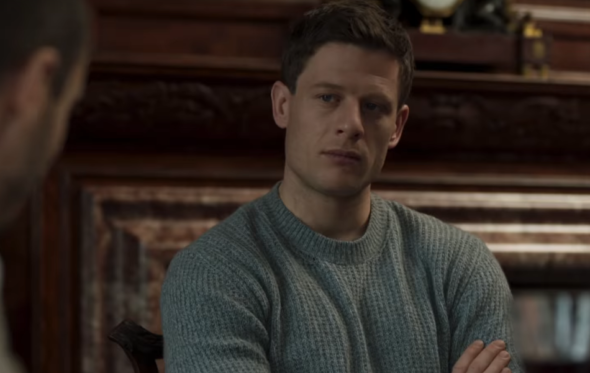 PASADENA, CA – January 13, 2018 – AMC announced today at the Television Critics Association (TCA) Press Tour that the complete first season of its international organized crime thriller, “McMafia,” will debut on AMC Premiere, an upgrade option offering real-time, commercial-free viewing of the network’s original series. AMC Premiere subscribers will have exclusive access, to all eight one-hour episodes, immediately following the series’ premiere on AMC on Monday, February 26 at 10:00 PM PT/ET. AMC Premiere will be the only place where U.S. viewers will be able to watch the series in its entirety timed to its linear premiere on AMC.

“AMC Premiere is about serving the fans and providing an elevated expression of AMC for those who want that option. Making this season of ‘McMafia’ available in its entirety, timed to the linear premiere on AMC, is a great way to execute on that promise,” said Charlie Collier, president of AMC, SundanceTV and AMC Studios. “Launched recently in the UK to enormous critical acclaim and with palpable cultural relevance, ‘McMafia’ is a show that comes along at exactly the right moment – it is timely, enormously entertaining and perfectly suited to fans looking for the next great show to watch on AMC and AMC Premiere.”

AMC’s groundbreaking new international thriller “McMafia” is an eight-part series created by Hossein Amini (The Snowman, Our Kind of Traitor) and James Watkins (Black Mirror, The Take) and inspired by Misha Glenny’s best-selling book of the same name. The series charts Alex Godman’s (James Norton) journey as he is drawn deeper and deeper into the world of organized crime. As the English-raised son of Russian exiles with a mafia history, Alex has spent his life trying to escape the shadow of that criminal past, building his own legitimate business and forging a life with his girlfriend Rebecca (Juliet Rylance). But when his family’s past returns to threaten them, Alex is forced to confront his values to protect those he loves. What starts out as a story of survival and revenge becomes an epic tale of a man’s struggle against the lures of corruption in the modern world and himself.

What do you think? Are you a fan of crime dramas? Will you watch McMafia?

Well I’m hooked for sure! Now please don’t cancel a good show, this tends to happen once you guys get us watching and into a great tv drama.

This show title sounds like a mafia made up of mcdonalds.

Watch the show and you will understand why it’s called that. Great show!!

Sounds like an interesting show. I just hope this doesn’t mean that James Norton will be too busy to continue his role on Grantchester. I love that show and would hate to see it end. Even if they continued Grantchester without him, it wouldn’t be the same!