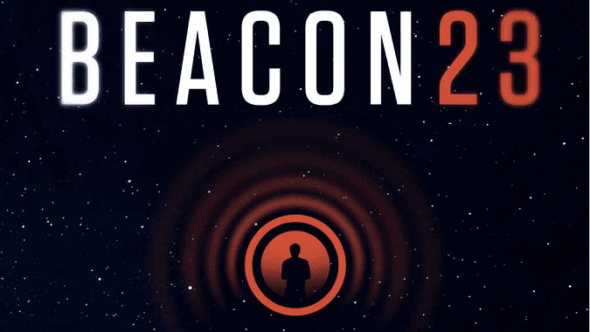 Beacon 23 has been ordered by both Spectrum Originals and AMC. The new sci-fi thriller series about a lighthouse in space comes from Zak Penn. It’s based on the bestselling novel of the same name by Hugh Howey.

AMC revealed more about the thriller in a press release.

“Spectrum Originals and AMC Networks announced the pickup of the psychological thriller BEACON 23. Set in the darkest recesses of space, the series is a suspenseful thriller and love story, where two people are trapped in a lighthouse at the end of the known universe. Co-commissioned by Spectrum Originals and AMC Networks, co-produced by Spectrum Originals and Platform One Media (a Boat Rocker company), the series comes from creator Zak Penn (Ready Player One, The Avengers) and is based on the book of the same name by The New York Times and USA Today bestselling author Hugh Howey. After a nine-month exclusive run for Spectrum, BEACON 23 will be an AMC original with a second window across AMC Networks platforms.

“BEACON 23 is a series in a class all its own – it’s a thriller, it’s a love story, it’s a character drama, it’s a sci-fi exploration of our own interconnectivity and disconnection, and it’s been beautifully adapted by the brilliant Zak Penn,” said Katherine Pope, Head of Spectrum Originals. “We have the perfect partners in Platform One Media and AMC to help Zak bring this series to life.”

“Zak’s vision in adapting Hugh Howey’s incredible novel BEACON 23 is electrifying,” said Katie O’Connell Marsh, Platform One Media Chairman and CEO. “We are so happy to be producing this series for Spectrum Originals and AMC.”

“The notion of a lighthouse in outer space grabbed me the second I looked at the cover of Hugh Howey’s BEACON 23,” said Zak Penn, creator, executive producer, and showrunner. “Once I read all the other pages, I knew I had a story I could translate to another medium. For the past two years, with Hugh’s help and the generous indulgence of our wonderful partners at Spectrum Originals, Platform One Media and AMC, I’ve been able to assemble an incredible group of scientists, astronauts, and many of my ideal collaborators to help create an entire universe for this show. It’s a very exciting project for me, and I’m glad to be working again with Ira Behr, one of the best minds in Television, and definitely the best beard.”

What do you think? Will you check out Beacon 23 when it arrives on AMC?

I’m excited! I hope it’s as good as it sounds!!

Yes, the show sounds intriguing. Can’t wait for the premiere on AMC.

I can’t wait to see Beacon 23 when it finally debut on AMC and see how the writer will be developed the series and the individual character.