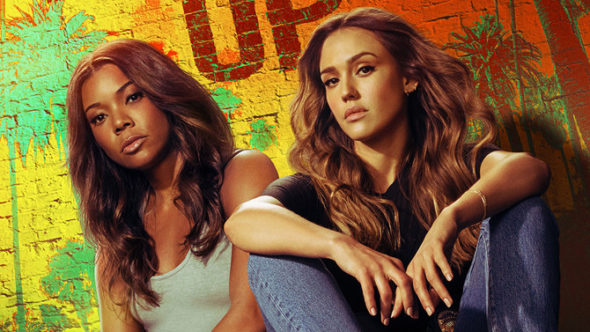 LA’s Finest is coming to FOX this fall. Now, viewers are finding out why the series, which has aired two seasons on Spectrum’s On-Demand streaming service, is coming to the broadcast network.

This was something that had the possibility of happening before, but the entertainment shutdown has forced networks to find creative ways to fill their primetime schedules.

“Interestingly enough, we had raised it with Fox a while back, and at the time they were so focused on their original development, they didn’t express as much interest.”

Once the shutdown was in place, FOX and two other networks expressed interest in LA’s Finest.

The cop drama is not the only series that may land on a broadcast network after appearing on a streaming format. Frost said the following about the Mad About You revival:

“There are all kinds of conversations ongoing in connection with that. Since it aired later, that window hasn’t opened up yet, but it’s definitely in the discussion stage.”

What do you think? Do you plan to watch LA’s Finest on FOX this fall?

I will be excited to be able to view LA’s Finest on Fox.

Here is an idea. Show it on streaming and OTA at the same time.

It’s a no brainer if you want to maximise your audience and get real viewing figures.

Hell Yes! Like Wendy Hop Wo before me, I will watch LA Finest. Let us be honest if it wasn’t for the COVID-19 Crisis FoxTV wouldn’t give the show the time of day. It would be wild if the first episode turned out to be a big fat hit. I still hope that Spectrum on Demand will be airing the third season on it.

Why would Charter/Spectrum sell of to Fox and what other stations wanted it.? We enjoy the show but did like streaming it on demand. We watched season 2 trailer which looks great but will there be as many eps if on fox no!

For sure! I was already watching the series. Two of my favorite actresses together. It’s a BLAST!

Yes I had always been wanting to see it but I really don’t use streaming services.

Yes, I watched season 1 so far and it’s too interesting not to be on a major network. I relate Syd.(Union) to Mike Lowery and McKenna (Alba) to Marcus Barnett. Both with interesting story lines that cross. Can’t wait.

Yes I have been trying to see the show since it came on the air, thank you fox for finally bringing it to everyone!

Yes I will watch LA’s Finest can’t wait for it to return.

Yes I will watch L.A.Finest just love the show can;t wait for it to return.

Marnita I plan on watching the show no matter what channel it plays on I can hardly wait cause I love the show.