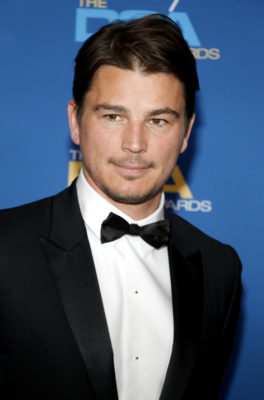 The drama series “s about a psychiatrist who moves with her family from California to her husband’s hometown in Mississippi only to uncover shameful secrets that irrevocably change the lives of everyone involved.”

Paramount Network has not yet announced a premiere date for Paradise Lost, but you can read more info below:

· The series is about a psychiatrist who moves with her family from California to her husband’s hometown in Mississippi only to uncover shameful secrets that irrevocably change the lives of everyone involved. The original story is created and written by Rodes Fishburne (Blood & Oil) who will co-showrun and Executive Produce. Arika Lisanne Mittman (Dexter) also serves as writer and co-showrunner, and the pilot is directed by John Lee Hancock (The Blind Side).

· Paradise Lost (working title) joins a scripted roster for Paramount Network headlined by Yellowstone, which returns for its second season on June 19 and was 2018’s most watched new cable series, ranking second across all of cable TV series for the year (5.1 million total viewers per episode). Joining Yellowstone on the scripted front is the recently announced straight-to-series greenlight, 68 Whiskey, from Ron Howard and Brian Grazer’s Imagine Entertainment, and the new Darren Star series, Emily in Paris starring Lily Collins.

· Spectrum Originals is a premier destination for premium original series available exclusively to Spectrum video subscribers on-demand and ad-free. This free service launched with the Sony and Bruckheimer-produced drama L.A.’s Finest, starring Gabrielle Union and Jessica Alba. Additional projects include the highly anticipated revival of Mad About You starring original cast Paul Reiser and Helen Hunt and the Lionsgate series Manhunt: Lone Wolf. An initiative of Charter Communications, Spectrum Originals is the latest expansion of Charter’s market-leading video offerings, which include regional sports networks and its award-winning Spectrum News services.

· “Paradise Lost is a complex, compelling series full of incredible characters, including the small town in Mississippi where it is set. We’re excited to see John Lee Hancock bring this incredible world to life, building on the vision that Rodes Fishburne and Arika Lisanne Mittman have so vividly created,” said Keith Cox, President, Development and Production, Paramount Network and TV Land.”

What do you think? Are you a fan of Josh Hartnett? Will you watch his new series?

PARADISE LOST is one of my favorite go to shows right now on Demand. JOSH HARTNETT has always been a favorite actor of mine, he’s awesome in this series as he was in Penny Dreadful.

I love Paradise Lost. The actors were great and the theme of the show was very exciting. I watched them all the same day. I really hope to see a 2nd season out as soon as possible.

I also will look forward to Season 2

I couldn’t be more pleased to find Josh Hartnett returning to a TV series. In an Instagram fan account for Penny Dreadful we were discussing the new installment of that series and our hope that the original cast would continue on with that show. We will take Josh Hartnett in any role we can get him. His turn on PD was outstanding and I’m sure his being the lead in Paradise Lost will induce more viewers
Now I’m going to spread the word on Instagram. Couldn’t be happier news