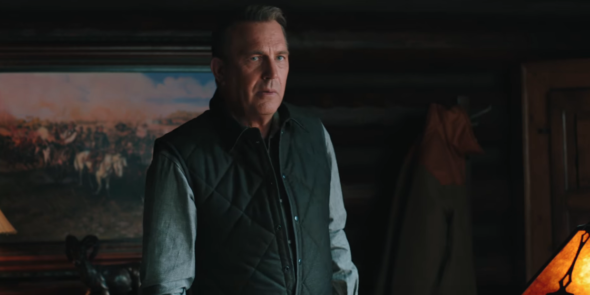 “All men are bad.” Paramount Network has just released a new preview for their upcoming TV show Yellowstone.

In “Yellowstone,” Paramount Network’s new epic scripted dramatic series, stars Costner as John Dutton, who controls the largest contiguous ranch in the United States, under constant attack by those it borders – land developers, an Indian reservation, and America’s first National Park. It is an intense study of a violent world far from media scrutiny — where land grabs make developers billions, and politicians are bought and sold by the world’s largest oil and lumber corporations. Where drinking water poisoned by fracking wells and unsolved murders are not news: they are a consequence of living in the new frontier. It is the best and worst of America seen through the eyes of a family that represents both.

“Yellowstone” was shot on location in Utah and Montana. Executive Producers for the series include John Linson, Art Linson, Taylor Sheridan and Kevin Costner. Ted Gold and Lauren Ruggerio are the executives in charge of production for Paramount Network.”

What do you think? Are you a fan of Westerns? Will you watch Yellowstone?

I love western and would have watched but I learned the native American female character is not a native american at all. I can not watch unless you use natuve Americans to play native Americans. There are plenty of talented ones. Shame on you

Sounds interesting. We will be watching. Kevin is a good actor.

True he is but did you know the female “native american” is Asian not American Indian/Native. I am ashamed of this scam. Would they hire a white girl to play a black girl