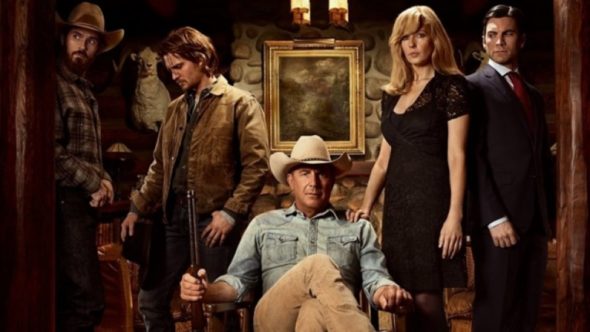 Paramount Network is returning to the ranch. Variety reports the network has renewed Yellowstone for a fourth season ahead of the TV show’s third season premiere.

The drama series centers on the Duttons, a family of powerful and prosperous cattle ranchers. It chronicles their shifting alliances as well as their old grudges, and even unsolved murders. The cast includes Kevin Costner, Wes Bentley, Cole Hauser, Kelly Reilly, Luke Grimes, and Gil Birmingham.

Season three of Yellowstone is slated to debut on Paramount Network this summer. The season four renewal is part of an overall deal between series creator Taylor Sheridan and ViacomCBS Entertainment, which includes the new series Mayor of Kingstown.

What do you think? Do you watch Yellowstone? Are you excited for the upcoming seasons?

We love this show there’s nothing like it on TV I would watch it all the time I want it to continue for a while it awesome. My grown kids love it everyone we have told about it loves it too.

Love the yellow stone waiting for the fourth season

We love the tv show For the fourth season

Ready for a new season of this entertaining series.