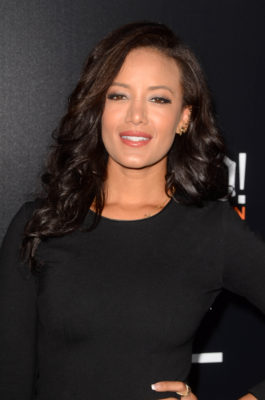 Heather Hemmens is headed to Paramount. Deadline reports the If Love You is Wrong star has joined the network’s upcoming TV show Yellowstone.

From Taylor Sheridan, the drama “follows the Dutton family, led by John Dutton (Kevin Costner), who controls the largest contiguous ranch in the United States, under constant attack by those it borders — land developers, an Indian reservation, and America’s first National Park.”

On Yellowstone, Hemmens will play “Melody, a woman who has a cryptic phone conversation with Jenkins who urgently summons her to the ranch.” The series is slated to debut on Paramount Network in 2018.

What do you think? Does Yellowstone intrigue you? Will you check out the new series?

My son and all his friends that watch Yellowstone with us after one episode are hooked. Love this series keep it coming please.

We are enjoying Yellowstone Do not cancel Please